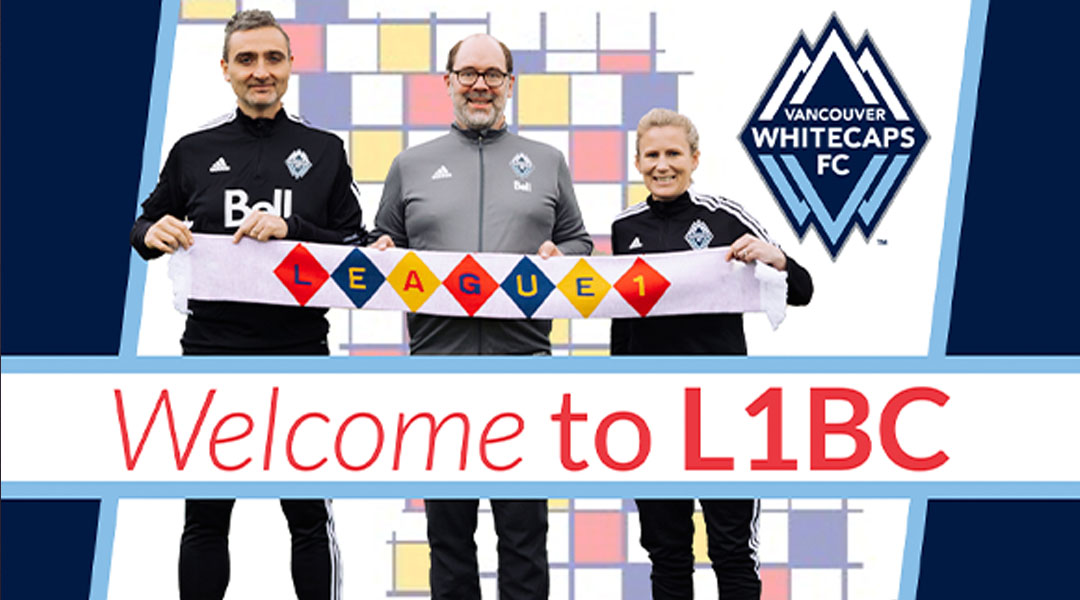 As has been long-rumoured, the Major League Soccer side will be fielding a youth team in the semi-professional division for both of League1BC’s men’s and women’s divisions.

Both of these teams will play out of the National Soccer Development Centre when the inaugural campaign kicks off next year. It is unclear if the clubs will be given unique names to differentiate them from the MLS side.

The Whitecaps have been long-linked to fielding a team in League1 BC, with Whitecaps Sporting Director Axel Schuster having stated that the club would be doing so back in September 2020, well prior to the league’s official announcement.

We are pleased to be one of the founding license holders for League1 BC, and we congratulate BC Soccer on their hard work on this project. This is an important step for the growth of our sport in the province, and for the pathway to develop top men’s and women’s players.

It was just a few weeks ago that League1 BC was officially announced following years of work to set up a pro-am division in the province that operates at a similar level to League1 Ontario. It appears that seven teams will be joining for the inaugural season overall, which will run from May to August next year.

When we asked former Whitecaps head coach Marc Dos Santos if he thought League1 BC would have a high enough level of play to warrant a Whitecaps affiliate side, he made note that the most important thing missing from the club’s current developmental system was playing competitive games that truly mattered:

For me, it is better to start there than to keep doing what we are doing. That’s my opinion. At least we can have our young players playing against men and environments that have a standing, because I’m a true believer that at the age of U-17 or U-19, the kids have to be developed with a certain amount of pressure for results. They have to.

The Whitecaps will be expected to be a powerhouse in the development league, which is geared towards U-23 players and is expected to have roster rules that will ensure its clubs focus on developing domestic young talent to help them along a pathway to professional soccer.

Clubs within the league will need to adhere to a 4-to-1 training-to-game ratio throughout the season, while also being required to allocate a full field for its team training environment. Along with this standards-based approach, League1 BC coaches will need to hold a Canada B License, and it seems like they will be tasked with obtaining a Canada A License during their coaching tenure within the league.

BC Soccer is delighted to welcome Vancouver Whitecaps FC to League1 BC. As a long-standing partner of our organization, the Whitecaps are demonstrating once again their commitment to support the growth and development of the game for male and female participants across British Columbia.

The owners and identities of the other founding teams aren’t known, though city counsel notes from North Vancouver show a prospective side named Altitude FC that includes an ownership group of Faly Academy and several local investors. BC Soccer seems to be zeroing in on Vancouver Island, the Lower Mainland, Fraser Valley, and the Interior for its founding clubs, with the governing body hoping to see the league expand over time.

Given that the Vancouver Whitecaps have struggled to find a long-term, proper home for its youth players, fielding a team in League1 BC is a move that makes a lot of sense. It’ll give players in their developmental system competitive game time in an high-performance adult league setting, and that can pay dividends down the road.

With Major League Soccer reportedly in the midst of launch plans for an MLS U-23 league, it’s looking like Vancouver’s purchase of a League1 BC license will allow for some of its even-younger athletes to get competitive game time as they progress through the academy.

As Dos Santos tells us, it’s a crucial time for their development ahead that he believes would help bridge the gap between youth and club football:

That process is important in the development of young players. It’s a process where they work out how to compete, how to qualify, how to make it to the next stage. Our kids don’t have that, so we develop a generation of entitlement: they get a professional contract from nothing. Suddenly, they’re professional, but they haven’t done anything at the youth level. […]
how do you have a kid from 17 years old, never playing competitive, and expect him to go play for the first team of the Whitecaps? How is that going to happen? So that bridge, we have a lot of work.

Given that League1 BC hopes to see its men’s division champion earn a berth in the Canadian Championship down the road, it is expected that the League1 BC Whitecaps side may be exempted from such a berth to prevent it from ever playing against the full MLS side – though at the moment this remains to be confirmed.

With Gabriel Assis having previously teased that fans will hear more about the founding seven teams and their investors in the near future, more League1 BC news will likely come down the pipeline in the weeks to come.