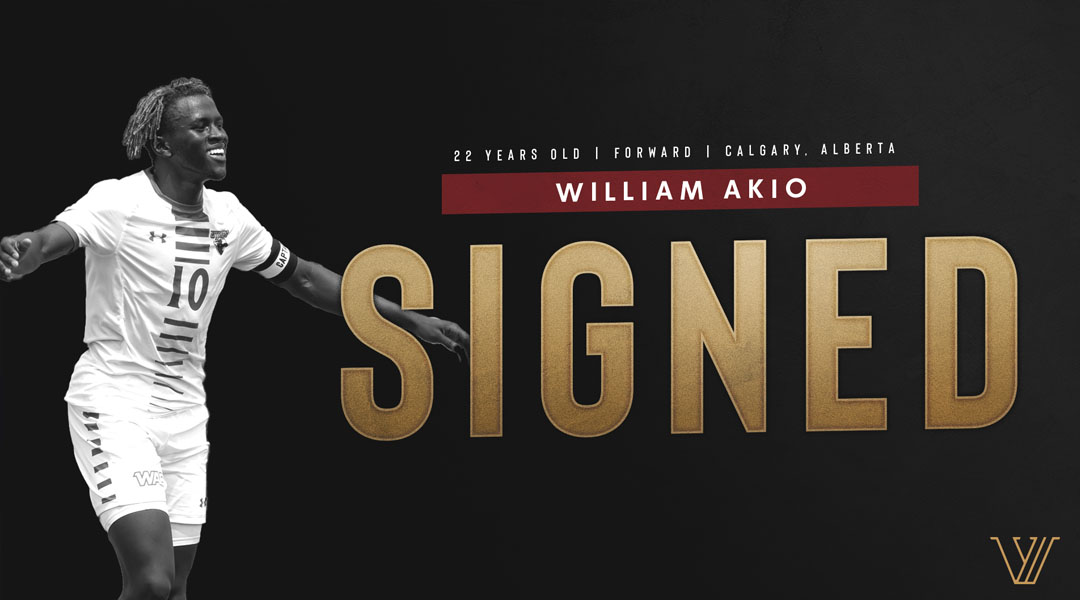 The 22-year-old officially joins the Winnipeg-based side from the University of Texas Rio Grande Valley, where he contributed eighteen goals and fourteen assists in NCAA Division 1 action over the last three years.

The Calgary-born forward also spent time with USL2 side Calgary Foothills, where he finished with a strong track record of eleven goals in twelve games played. While his path didn’t lead to the Canadian Premier League at that point, he was noted as an early CPL hopeful by the Canucks Abroad at the time.

William has excelled at both the USL Two and NCAA levels and we have followed his career with great interest. We are delighted that he has chosen to sign his first professional contract in Winnipeg and join the squad for 2021.

Capable of playing both as a striker and out wide on the left, Akio arrives as a speedy attacking option for Valour FC head coach Rob Gale.

In a posted on social media, Akio recounted the long journey he’s gone through to sign his first professional contract.

I have been told my whole life I wasn’t good enough, I can’t play pro, or I started too late and people didn’t see my vision. Only a few years ago I was on the bench all season long, a little over a year ago I had to deal with a season-ending injury. I had to believe in myself, I had to hold the faith and I had to go through so much alone. Don’t let anyone or anything break you, let it make you.

The CPL side recently had to nix the arrival of Costa Rican international Nestor Monge due to visa difficulties caused by the ongoing COVID-19 pandemic. While the club’s preseason is set to begin in two weeks, it remains unclear if Venezulean striker Ronny Maza will be permitted to enter the country.

Akio joins a number of domestic forwards enlisted with the Winnipeg-based side, including Masta Kacher, Austin Ricci, Daryl Fordyce (who is a permanent resident), and CF Montreal loanee Sean Rea. This will mark Akio’s first step into the professional game.

Valour FC is also expected to confirm the re-signing of Spanish midfielder Jose Galan in the near future, too.

Valour FC did not disclose the financial terms of Akio’s contract, which appears to be just for the upcoming season.