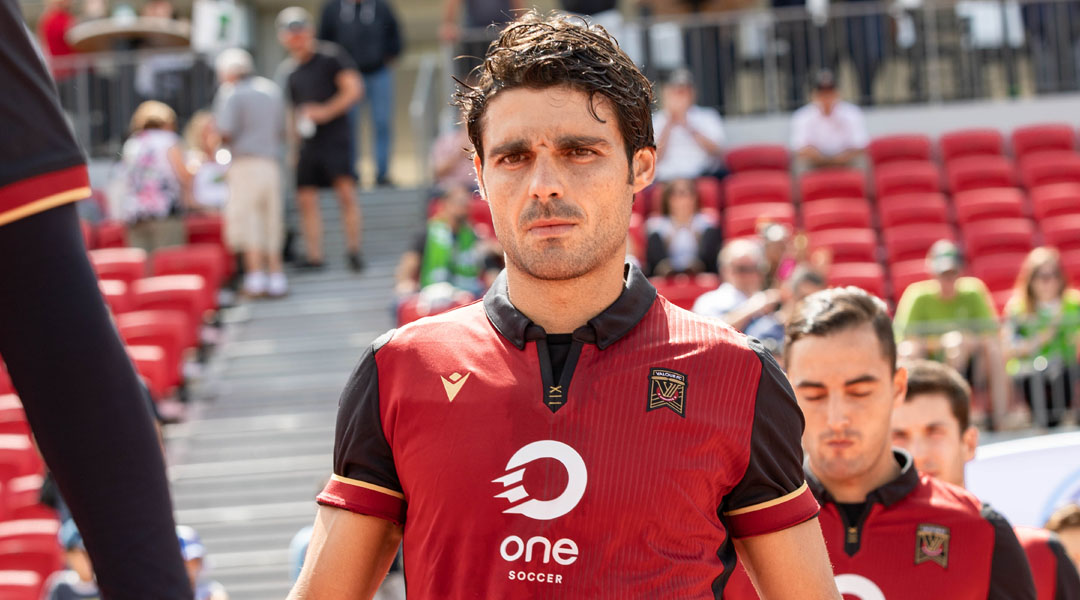 Jose Galan is set to return for Valour FC.

The 35-year-old Spanish midfielder finished his time with CP Villarrobledo on a high last weekend, scoring the only goal in a 1-0 away win over Merida AD. The veteran had inked a short term contract with the Albacete-based side last September, revealing shortly after that the move back to his home country was set with a Canadian return date in mind.

As he told us at the time, he had long-term ambitions with Valour FC that were not quite done yet: he was enjoying the city, the club, and even more recently revealed that he has started to catch the coaching bug despite plans to continue playing as long as he can.

The veteran midfielder departs CP Villarrobledo after having made thirteen appearances for the Tercera Division side, who are presently bottom of the league. He will officially land back in Winnipeg next week, with his return to Valour FC more or less set in stone.

His third year with the club will mark the longest time he’s remained with any professional side, with Galan having played for 21 clubs throughout his playing career. Since his professional debut in 2005, Galan has played in Spain, Thailand, Indonesia, Austria, Jordan, Cyprus, Romania, Finland, Andorra, Hong Kong, Qatar, Saudi Arabia, and Canada.

Galan has made 18 appearances for Valour FC over the last two seasons, with the veteran first arriving in the fall campaign of the inaugural CPL season. Last year saw him score his first goal for the side in a four-nil victory over expansion side Atletico Ottawa at The Island Games, which he dedicated to his young daughter.

The club has also brought in former Eddies man Keven Aleman, with Canadian-Peruvian youngster Jared Ulloa set to arrive on loan from Sporting Cristal. All-told, the club has sixteen players presently on the books, with Galan expected to officially join that number in the near future.

Last week, the club confirmed that goalkeeper Matt Silva would be returning, with U SPORTS youngster Yuba-Rayane Yesli set to trial with a high chance of earning a development contract – through the side may bring in another goalkeeper to compete with Silva, too.

Valour FC has not yet made the return of Jose Galan official, but the two have been in verbal agreement regarding the return for some months now.