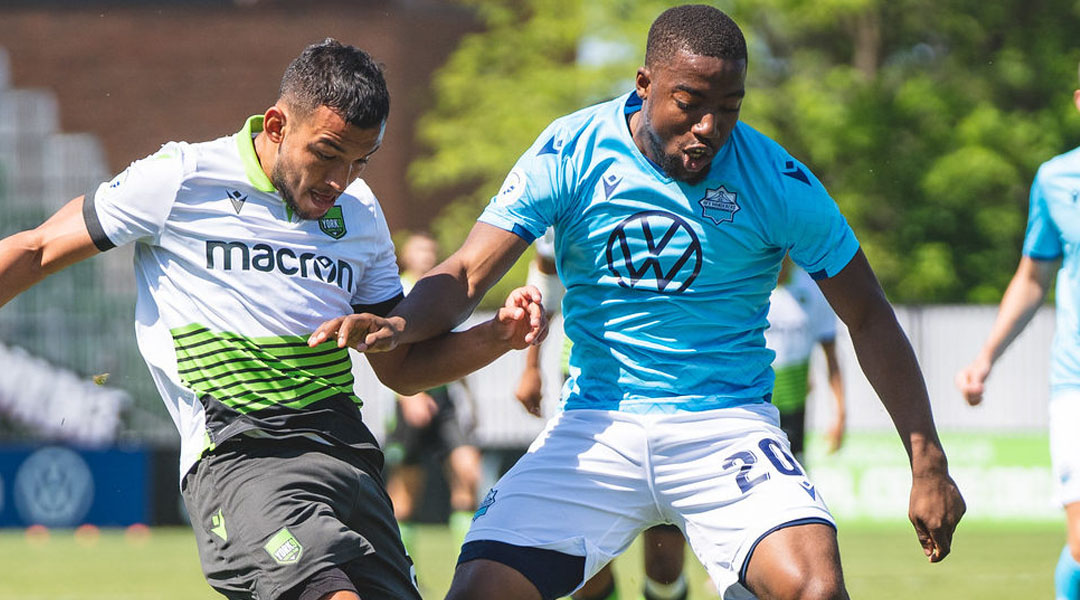 Some 440 football fans saw Langwa in action during his club’s 3-1 away defeat to SpVgg Weiden last week, where the left-sided full-back nearly found the net after forcing a save and heading the rebound over the crossbar. He also took part in a 3-0 win over Tegernheim, which also included former Ottawa Fury product Justin Earle.

German news outlet Regio-Aktuell24 states that Langwa is expected to stay with the club throughout the winter break, though what happens next is anyone’s guess. Prior to his new venture in Germany, he had most recently signed for the Ocean City Nor’easters ahead of the 2021 USL2 season.

Langwa, who had been touted as a high-potential talent during his time the Canadian Premier League, had trialed in Germany before, participating in a reserve scrimmage with Schalke 04 before trial stints in the Spanish fourth trier and Romanian second division. He recently stated that it felt good to be back in Europe.

The 2019 CPL season saw Langa put out solid performances on the pitch, making 24 appearances for a Halifax Wanderers side that conceded 1.08 goals per game when he was on the pitch versus 1.8 games when he wasn’t. However, Langwa found himself in the midst of sideline drama after a touchline blow-out with Matthew Arnone and Stephen Hart in the second half of the season, with the defender being fined $1,000 for the incident, receiving limited game time, and ultimately finding himself released at the end of the year.

He had looked likely to sign for Atletico Ottawa shortly after the club was announced, with the left-back even being present at the club’s announcement ceremony. When he wasn’t signed, Langwa became critical of the side during last year’s Island Games, and during a conversation with Northern Tribune he declared he had been blacklisted by each CPL team.

His move to VfB Straubing marks the seventh club that the former Canada U-17 has signed for, after the Kingston Clippers, Triestina, Palmese, Socuellamos, Halifax Wanderers, and Ocean City Nor’easters.