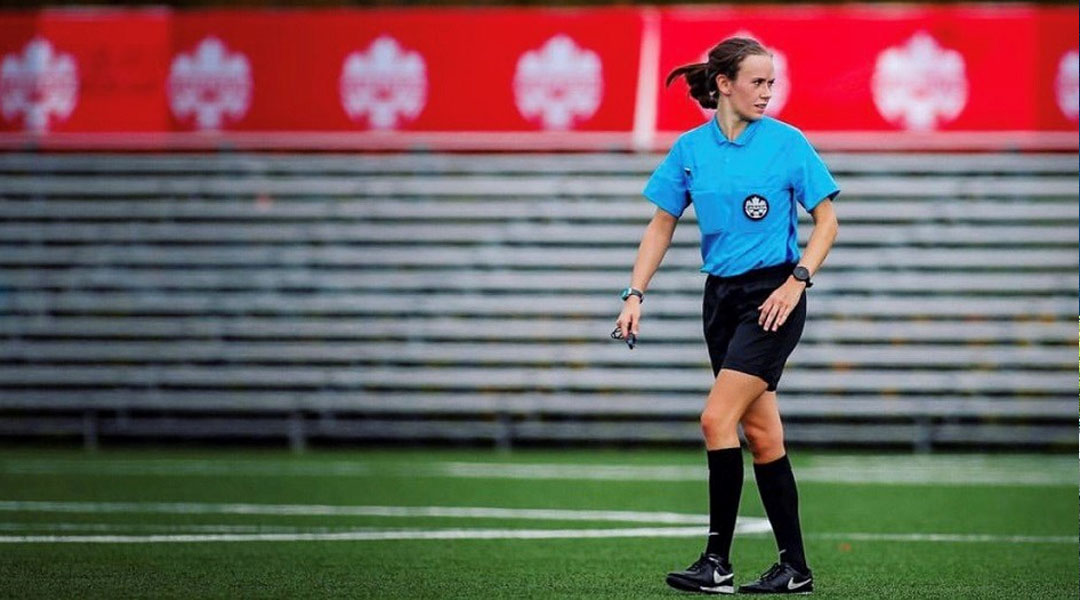 Canada Soccer has announced the referee roster for the bubbled segment of the 2021 Canadian Premier League season.

The list of seventeen matchday officials includes ten who participated in last year’s Island Games bubble tournament, along with three other referees, four assistant referees, and an assortment of four Canada Soccer assessors and instructors.

The list of referees includes national-ranked CPL familiars like David Barrie, Yusri Rudolf, Filip Dujic, Juan Marquez, and Carly Shaw-MacLaren (who all took part in The Island Games), along with their fellow national ranked referees Alain Ruch and Fabrizio Stasolla. Referee Ben Hoskins arrives as the sole NextGen first official of the bunch, with all three of the latter having been part of the league’s inaugural campaign.

Canada Soccer’s Manager of Referees, Isaac Raymond, says that the top flight domestic league continues to represent a great opportunity for both National and NextGen referees to gain experience refereeing at the highest professional ranks of the game.

The Island Games in 2020 provided valuable insight, experience, and unique peer mentorship opportunities to the Canada Soccer Referees who attended leading to advanced standing and expanded opportunities for a number of the referees who participated. We’re pleased to be able to facilitate these professional development opportunities again in Winnipeg.

The Canadian Premier League made refereeing history in its inaugural campaign two years ago when an all-female referee crew officiated a match between Forge FC and Cavalry FC, with the league evidently still providing a significant boon of officiating opportunities for Canadian officials. Of course, there’s also been some drama along the way.

Canada Soccer has also announced that referee instructors Joe Audi and Bob Sawtell – who also attended The Island Games alongside Isaac Raymond – will be present for The Kickoff in Winnipeg, with fitness coach Kevin Wildfong joining as the final member of the contingent.

When the Halifax Wanderers arrive to Winnipeg later today, all eight Canadian Premier League teams will be present in the bubble. While the league hasn’t revealed who’ll be officiating the opening fixtures this weekend, a schedule featuring 28 games at IG Field over the next month means that each matchday official have a full schedule.

The opening match of the 2021 Canadian Premier League season will see FC Edmonton take on Atletico Ottawa this Saturday, live on OneSoccer.