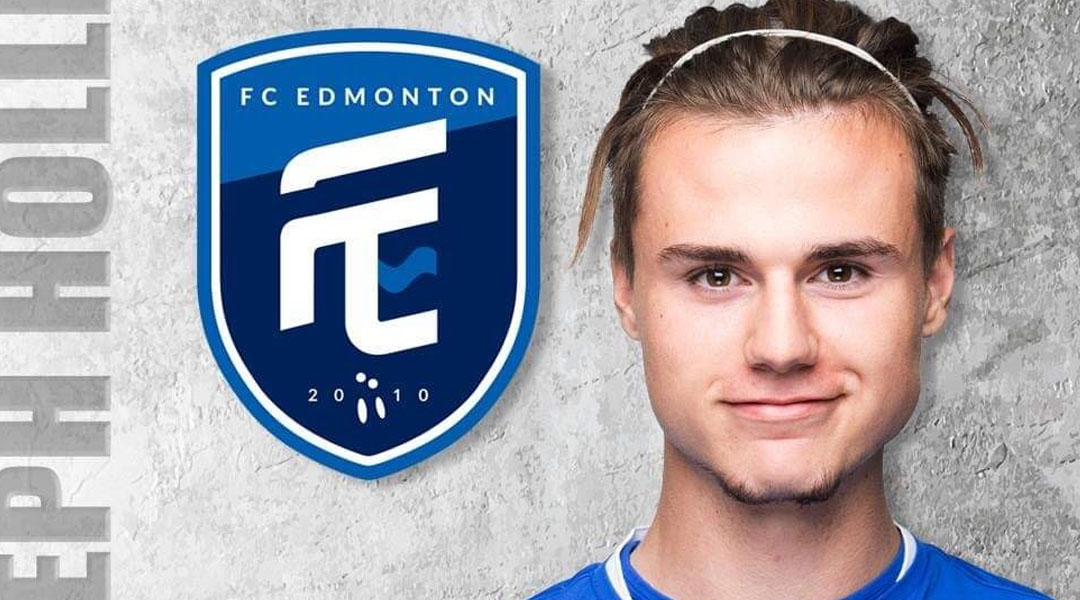 The contract will allow Holliday to train with the FC Edmonton first team and play in a maximum of six matches throughout this year’s campaign. The club’s new third choice goalkeeper travelled with the side to Winnipeg, and will be available for selection within the bubble.

Joseph is a very talented young goalkeeper who we are excited to provide an opportunity to be with our professional team. Having him with us in the bubble will be a fantastic growth opportunity for him. He has been very impressive in our daily training environment, and we are excited to continue to work with him on his development.

Holliday first joined the FC Edmonton Academy as a twelve-year-old in 2017, having previously trained with the Goalking Soccer Academy. He later represented Alberta at the U-14 level during a combine against the Vancouver Whitecaps Academy, while also playing with Internazional SC Edmonton at the time.

Given that last year saw the Halifax Wanderers go through a goalkeeper injury scare and York United forced to call up a local emergency goalkeeper, having a third goalkeeper in attendance doesn’t seem like a bad idea.

To that end, the league hasn’t confirmed if there is a league-supplied emergency goalkeeper pool available in the bubble. Last year, it had two.

In terms of goalkeepers, FC Edmonton has retained the services of Connor James for a third straight year, with the Eddies having leaned on their academy earlier this year to bring in number two goalkeeper Darlington Murasiranwa. With the addition of Holliday, the club’s average goalkeeper age now rests at 20.

The club also recently confirmed that Peruvian winger Raul Tito had parted ways with the side.

FC Edmonton will take part in the 2021 CPL season opener against Atletico Ottawa this Saturday. After eight games in Winnipeg, the Alberta-based side will be hoping to return home to Clarke Stadium with fans in the stands.