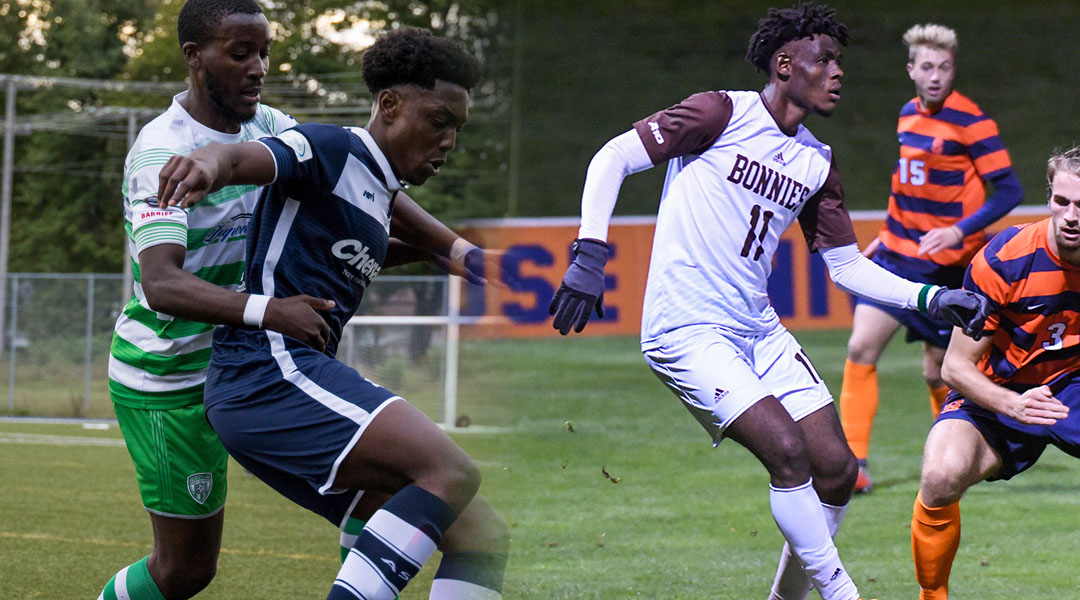 The club announced the duo this morning, with 21-year-old centre-back Garven Metusala arriving after having been selected in the first round by Forge FC in the 2021 CPL-U SPORTS Draft. He becomes the latest former AS Blainville player to make the jump up to the CPL, though he has also previously played for both St. Huber and SC Fabrose, where he picked up a PLSQ Cup with the latter two years ago.

Previous Forge FC draft picks have done relatively well in their rookie seasons, with both Jace Kotsopoulos and Gabriel Balbinotti making a few appearances on developmental deals. The former is currently in League1 Ontario, though Balbinotti’s next steps remain unknown.

The club has also reinforced its attack with the addition of Kosi Nwafornso, a Nigeria-born forward raised in Ontario who most recently plied his trade in USL2 with the Colorado Pride Switchbacks. Prior to that, he spent four seasons with St. Bonaventure University in New York, contributing 18 goals and 7 seven assists across 65 appearances at the NCAA Division I level before enrolling in Toronto’s Seneca College.

The duo appear to be depth signings brought in ahead of the bubbled segment of the 2021 Canadian Premier League season. Prior to today’s announcement, the reigning champions added MLS veteran Dejan Jakovic to the roster, while also securing high-profile loans for Tristan Borges, Joshua Navarro, and Omar Browne.

In terms of outbound talent, Anthony Novak has signed Cavalry FC and Marcel Zajac heading to Poland. Defender David Edgar is retired, but remains with the team as an assistant coach. It is unclear if Kadell Thomas is still with the team.

Forge FC will start its third Canadian Premier League season with a match against Valour FC on Sunday, June 27. The match will be available live on OneSoccer.