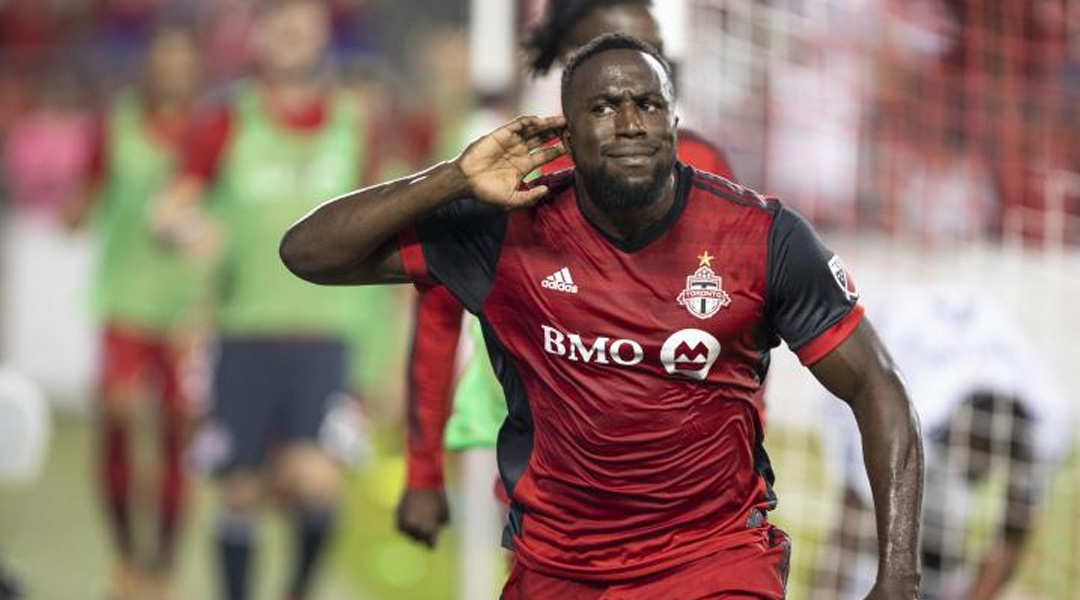 With Jozy Altidore having just signed a new three-year designated player contract with Toronto FC in February, many fans wouldn’t have expected any transfer speculation to arrive for the 29-year-old striker as the next transfer window approaches. Despite this, sports journalist Steven Goff, who writes for the Washington Post, is now reporting that Jiangsu Suning of the Chinese Super League is making a ten million dollar transfer offer for the designated player.

Altidore is currently making 6.3 million dollars a year with Toronto FC, with Goff indicating that the Chinese club would pay him around 25 million dollars over three years – a pay raise of about two million per year.

Altidore has been outspoken about liking the city of Toronto, and recently got engaged to tennis superstar Sloane Stephens. It seems he’s about as settled as a player can get within a city, especially after having just renewed his contract through to 2022 – casting doubt over whether the pay bump would be enough to unsettle the striker.

While the offer hasn’t been confirmed by Toronto FC or Jiangsu Suning, it still certainly merits food for thought.

It would also open the door for the oft-rumoured return of Italian sensation Sebastian Giovinco, who just spent several weeks back in Toronto and referred to the city as home. Rumours are persisting that Giovinco is open to an eventual return, but with three designated players already on the roster, someone would have to make way if that were to happen – unless Giovinco or any of the club’s current DPs are willing to drop down to a TAM-level contract.

While Altidore and Pozuelo are on multi-year designated player deals, team captain Michael Bradley’s contract will end when the season concludes.


Jiangsu Suning has a handful of internationals on its roster, which include the likes of Éder (Portugal), Alex Teixeira (Brazil), and Gabriel Paletta (Italy). The club currently finds itself sixth in CSL standings, a good 17 points behind league-leaders Beijing Sinobo Guoan.

Altidore is currently travelling with the US National Team, for whom he scored the winning goal against Panama last week. Despite his busy schedule, he watched the latest Toronto FC game and subsequently slammed the quality of MLS referees yesterday.

The US national team is due to face Jamaica in the Gold Cup semi-final on Wednesday. Canada came crashing out of the quarter-finals after a shock 3-2 loss to Haiti.

With the star striker having scored five goals and made three assists in his first nine appearance this season, it’d take a very good offer to catch the attention of TFC brass before personal terms come in to the equation.

While there’s been no concrete proof of the lucrative offer from Jiangsu Suning, the fact that the report comes from Steven Goff lends the rumour some credence – though only time will tell what the future holds.