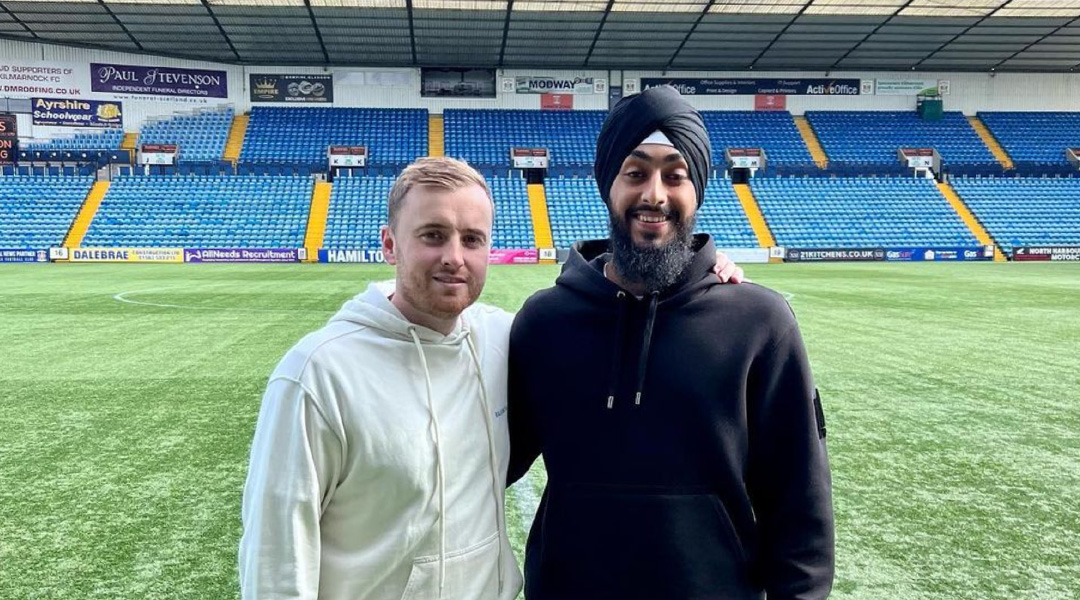 Simcoe County Rovers U-21 prospect Kabir Chahal has signed with Scottish Premiership club Kilmarnock FC, where he’ll play with the reserves as he fights to carve out a spot on the first team.

Chahal, who holds Canadian and English passports, had been training with the reserve squad of the East Ayrshire side following an earlier trial stint with a team in the English Championship. Now handed his first professional contract through the reserve team, the move to Kilmarnock comes as a promising step for the youngster.

The defensive midfielder had suited up for the Rovers U-21 side on three occasions this summer, all of which came as heavy wins: 4-0 over Rush Canada U-21, 5-2 over Darby FC U-21, and 6-1 over Alliance United U-21. The Rovers youth team completed a perfect season in their inaugural campaign, recording thirteen straight wins that saw them find the scoresheet 56 times, conceding just nine times.

Chahal had previously played with the Athletic Institute, CAQ Soccer Academy and Woodbridge Strikers, where he helped the latter to a U-15 OPDL Charity Shield in 2019 after having helped to defeat them two years prior.

He took his first footballing steps with the Brampton Youth Soccer Club, becoming yet another young promising talent to hail from a city which has proven to be one of Canada’s biggest soccer powerhouse producers. He’s also paving the pathway for Sikh footballers, too.

Chahal becomes the latest of several Canadians to take their next steps in Scotland following the likes of Alistair Johnston, William Akio, and Victor Loturi, who have all experienced first team football this year. While Chahal has trained with the Kilmarnock first team, his next steps will see him evaluated with the reserves.

The 2004-born player is described as a defensive midfielder with good physicality who can dictate tempo and help slow the game down at the right moments, though his youth prospect days have shown that he’s capable of executing counters and providing a finishing touch, too.

The newest Kilmarnock prospect is represented by Josh Bill, who also helped Rovers youngster Bhavnit Deol land with the Portimonense SC U-19 squad in Portugal.

Chahal is expected to suit up for the Kilmarnock reserves in their match against the Queens of the South this Tuesday.

The Kilmarnock first team currently finds itself in ninth place after 21 matches played, recording five wins, five draws, and eleven losses. While it remains to be seen if Kabir can rise through the ranks, his new chapter at Kilmarnock marks a great first step for him at the professional level.