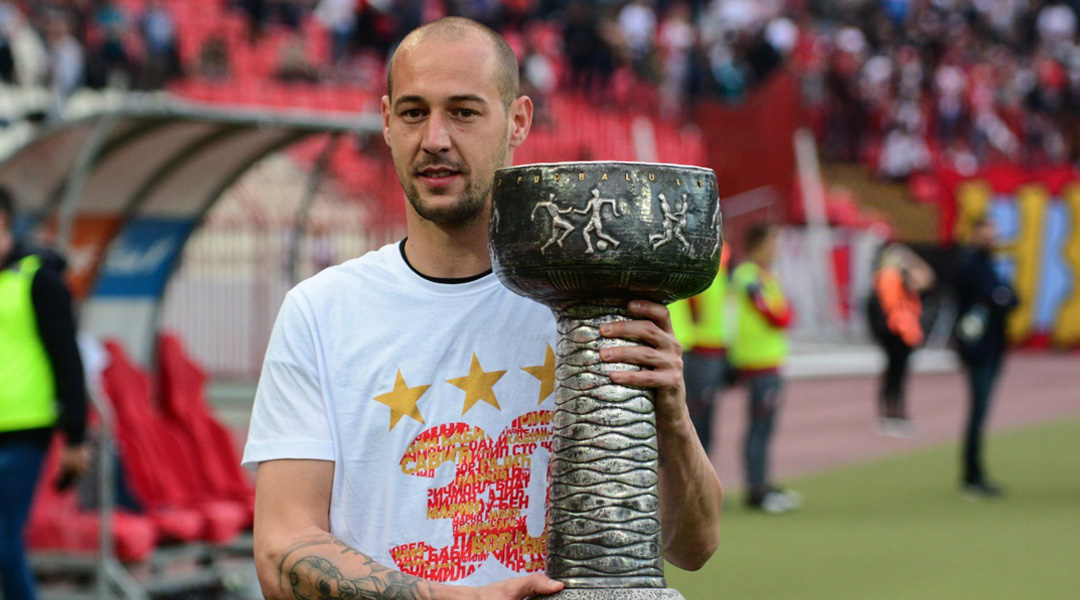 FC Crvena zvezda, which is known as Red Star Belgrade to English speakers, has done it again: the club has finished top of the Serbian SuperLiga. Finishing off the season with a string of wins, it was a thrilling finish for fans of the Red-Whites.

Canadian international Milan Borjan played a big role Red Star Belgrade’s title defense, making some 45 appearances across all competitions. With just over 4,000 minutes of active game time for Red Star Belgrade this season – and 22 clean sheets – it’s no surprise that the 31-year-old goalkeeper was also included in the Serbian SuperLiga Team Of The Season, becoming the first-ever Canadian to be given the honour.

The club completed a 3-0 routing of Napredak to end the season on a high note, with Borjan on the bench. The title defense had been secured a few games prior, so it made sense to give game time to others. He’s been a starter for most of this Serbian SuperLiga season, and was also the starter during the club’s UEFA Champions League matches against high-profile opposition like Liverpool, Napoli, and PSG.

Borjan will have the opportunity to add one more club trophy to his cabinet ahead of the Gold Cup, as Red Star Belgrade will play FK Partizan in the Serbian Cup final this Thursday. It’ll be an interesting tie for Milan, as his wife used to be the opposition club’s marketing director.

In any event, it’s ultimately been a successful club season for Borjan, and he’ll be hoping to carry that momentum into the Gold Cup this June. Canada has some tough ties against the likes of Mexico, Cuba, and Martinique to start out with, so Borjan will need to be at his best.

The 31-year-old shotstopper has been Canada’s number one choice for almost seven years now, and coach John Herdman will be depending on Borjan to guide a backline that hasn’t progressed in the same manner as Canada’s new generation of attacking players have. A defensive miscue during Canada’s 4-1 victory over French Guiana is a testament to this need, as higher profile opposition like Mexico won’t leave much room for error.

Borjan had originally received an invitation to play for Canada because of his parents, who moved to Canada from Serbia and eventually obtained citizenship. This thorough bit of scouting from the Canadian national football team has paid off in spades, and Borjan isn’t the only big player to accept a callup due to family history either – Scott Arfield, who plays for Rangers, is in a similar boat.

When it comes to winning medals, it’s been a busy week for Canadian internationals playing abroad. 18-year-old Alphonso Davies, who plays for Bayern Munich, collected a Bundesliga medal at the culmination of a season which will see both Franck Ribery and Arjen Robben leave the club. Davies becomes just the second Canadian (or third, if you count Owen Hargraves) to win the Bundesliga, as Paul Stalteri won the league with Werder Bremen in 2004.

It’s great to see Canadian internationals succeed overseas. Borjan has now won the Serbian SuperLiga in back-to-back seasons with Red Star Belgrade, and with a chance to claim the Serbian Cup it’s possible that he’ll come in to the Gold Cup camp with a skip in his step. Only time will tell – but for now, we’d like to extend congratulations to Milan Borjan for his success.