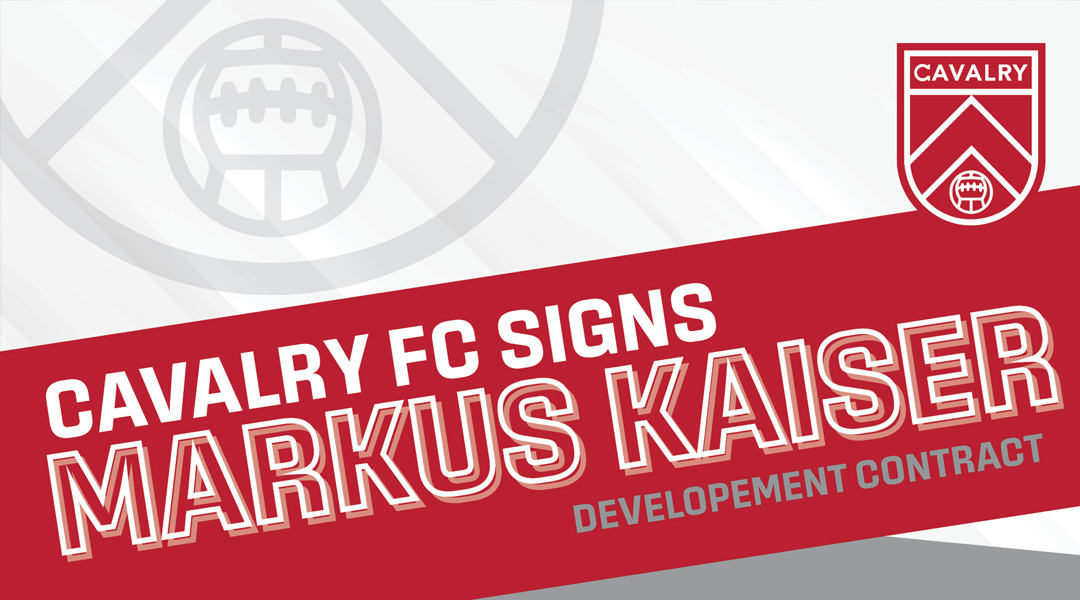 Cavalry FC has added second round draft pick Markus Kaiser on a U SPORTS developmental contract.

The five-foot-nine midfielder arrives to ATCO Field as a fill-in full-back after Fraser Aird suffered an ACL injury, with Cavalry FC head coach Tommy Wheeldon Jr. stating that the youngster provides a versatile option who, of course, can also be deployed in midfield.

“He’s a player with a great engine to get around the pitch,” stated the gaffer, “he’s very tidy in possession, and has a superb attitude.”

Kaiser will arrive as no stranger to the setup after developing through a Calgary Foothills Academy side that enjoys strong ties with the Cavalry FC organization. He enrolled in the University of British Columbia two years ago, where he majors in chemical and biologicals engineering. He made fourteen appearances for the university side last season, helping the T-Birds progress to nationals before scoring a goal against Laval in the consolation semi-final.

His U SPORTS developmental contract allows him to retain his U SPORTS eligibility upon his return to UBC this fall. His contact with the club will automatically expire on August 15, at which point Cavalry must either release him or retain him outside of the parameters of his U SPORTS deal.

“I’m thrilled to be given this opportunity and to prove myself at the professional level,” said Kaiser of the move. “I have been in and out of Cavalry training ever since the franchise started a few years ago. I’m hoping to use this opportunity to fight for Cavalry as a homegrown player and continue to progress as a footballer.”

He becomes the second of the Kaiser brothers to sign a development contract with the club after his elder brother Daniel Kaiser did so last season.

After losing out on five athletes to long-term injuries, Cavalry has moved quickly to bring in replacements like Markus Kaiser and Aribim Pepple. With a high-profile Canadian Championship tilt against the Vancouver Whitecaps coming up, Tommy Wheeldon Jr. will want all the bodies he can get.