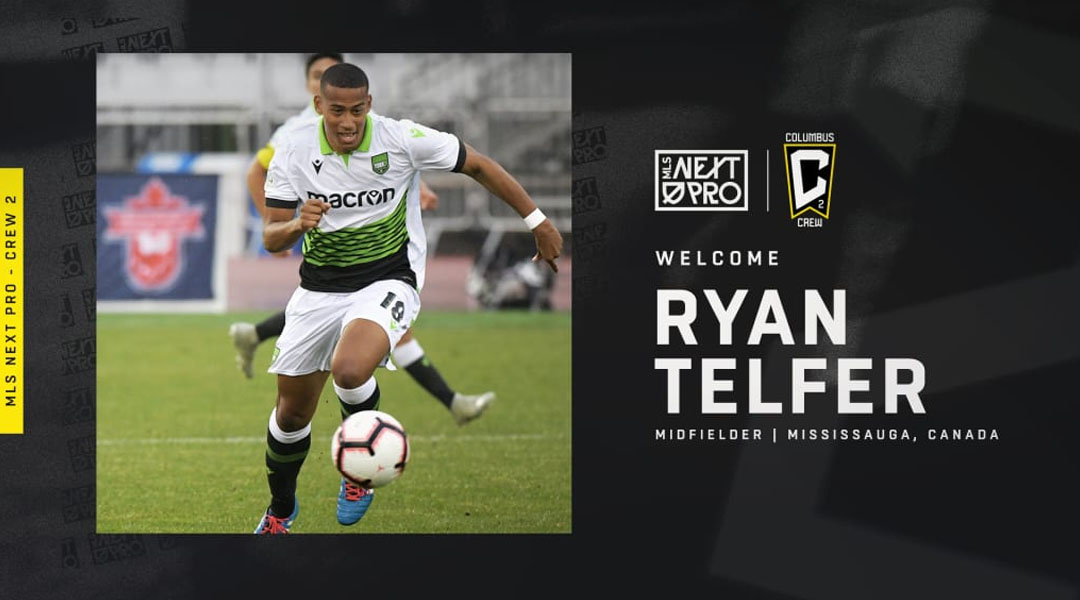 Former Atletico Ottawa and York United midfielder Ryan Telfer is taking his next steps in MLS NEXT Pro with Columbus Crew 2.

The 28-year-old Trinidad and Tobago international spent the last season with Atletico Ottawa, where he predominantly featured on the right wing and contributed three goals from 16 appearances. The 2021 CPL season also saw him under the spotlight for disciplinary issues after he flipped off a referee during a match ejection.

Telfer’s professional career got its start through Major League Soccer’s Toronto FC, who signed him with their USL affiliate in 2017 before handing him his MLS debut the following year. A late-blooming talent, Telfer would impress with his high speed on the wing and a keen eye for crossing, going on to make four assists and one goal in twenty appearances for Toronto FC.

He was loaned to York9 FC (now York United) for the inaugural Canadian Premier League season in 2019, scoring the league’s first-ever goal and finishing the inaugural campaign with ten goals across all competitions. He also grabbed an assist for Toronto FC during a few minutes on the pitch during a one-match emergency loan recall.

After Toronto FC opted not to renew his contract for 2020 and the COVID-19 pandemic nixed a move to Cyprus, he signed for York United in 2020 and underwent a much quieter zero-goal campaign before moving to Atletico Ottawa the following year.

It was Telfer’s form in the Canadian Premier League that saw him called up to action for the Trinidad and Tobago national team, where he’s contributing seven goals in eighteen appearances for his country. His last appearances came just over a week ago, where he bagged a brace against Barbados in an international friendly.

Given that Telfer’s professional playing career got its start through a chance men’s indoor soccer league match with Crew President Tim Bezbatchenko back in 2017, his pickup by the US-based side might stem from his relationship with the executive. He becomes the second CPL athlete to be picked up by the side after Mohammed Farsi, with Crew 2 now recruiting four Canadians in all.

The MLS NEXT Pro side has already begun its inaugural campaign.