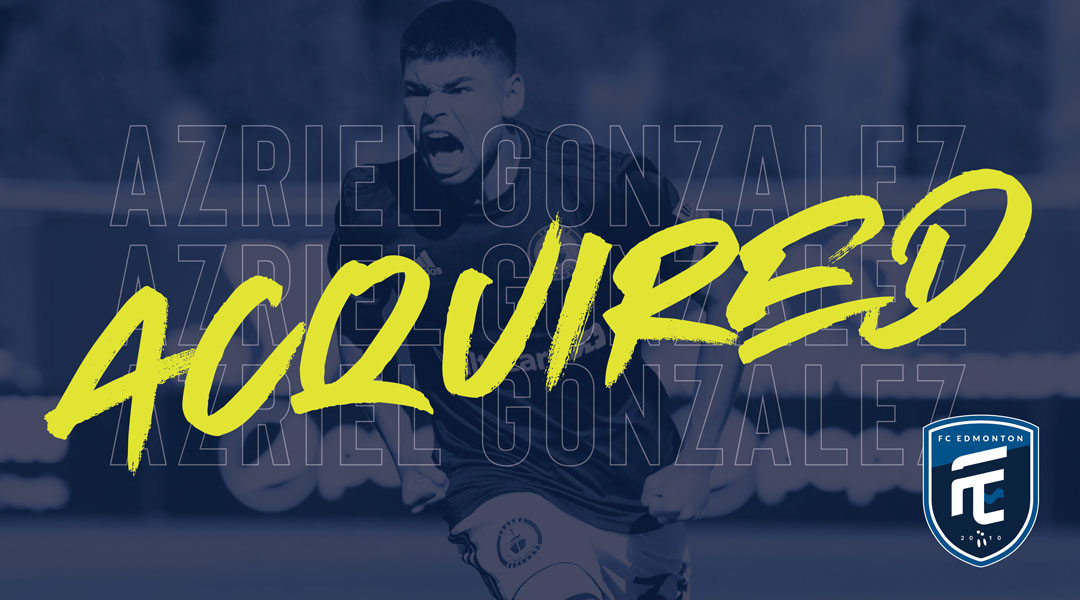 The 20-year-old will stay with the Eddies for the remainder of the 2021 CPL season, and becomes the fifth to join the team from the USL this year this behind Paris Gee, Hunter Gorskie, and Afghanistan international Adam Najem, with Austin Bold loanee Roberto Avila appearing to have recently left the Eddies.

Avila’s departure would mean FC Edmonton would have had one spare international slot to bring in Gonzalez.

Gonzalez – born in Las Vegas, Nevada – is a midfielder who has spent his entire playing career in Washington until now: he joined the Seattle Sounders FC Academy at the age of 13, where he won the Youdan Trophy in England while picking up golden boot honours with five goals in five matches.

2017 saw the youngster handed a contract with the Major League Soccer side’s USL affiliate, the Tacoma Defiance (then known as Seattle Sounders FC 2). The following year saw him simultaneously claim the Premier Division of the MLS Generation Adidas Cup with the Sounders FC U-17 squad, too.

All-told, the five-foot-nine midfielder has accrued some 69 appearances in the USL, and arrives to FC Edmonton having made eight appearances for the side this year, where he contributed one goal and two assists.

All-told, the 20-year-old has recorded ten goals and ten assists at the professional level so far. Given that he can play either as an attacking midfielder or as a winger, he’ll give Eddies head coach Alan Koch plenty of versatility for the remainder of the season

Azriel is an excellent young player who has shown significant growth within the Seattle Sounders organization. We are excited to expose him to a new environment and to help him in his development to push him to even higher levels, and we expect him to have a significant impact as an Eddie this season.

Gonzalez has also represented the United States at the U-16 level, participating in youth tournaments in both France and Japan.

Tacoma Defiance head coach Wade Webber will be looking to see how the 20-year-old adapts to a new environment, marking the loan move as an important step in his career that will prove to be an experience he can grow from.

FC Edmonton will square off against Valour FC this Thursday before hosting rival side Cavalry FC in a domestic cup bout this weekend. Gonzalez is expected to remain with the Eddies for the remainder of the 2021 CPL season.