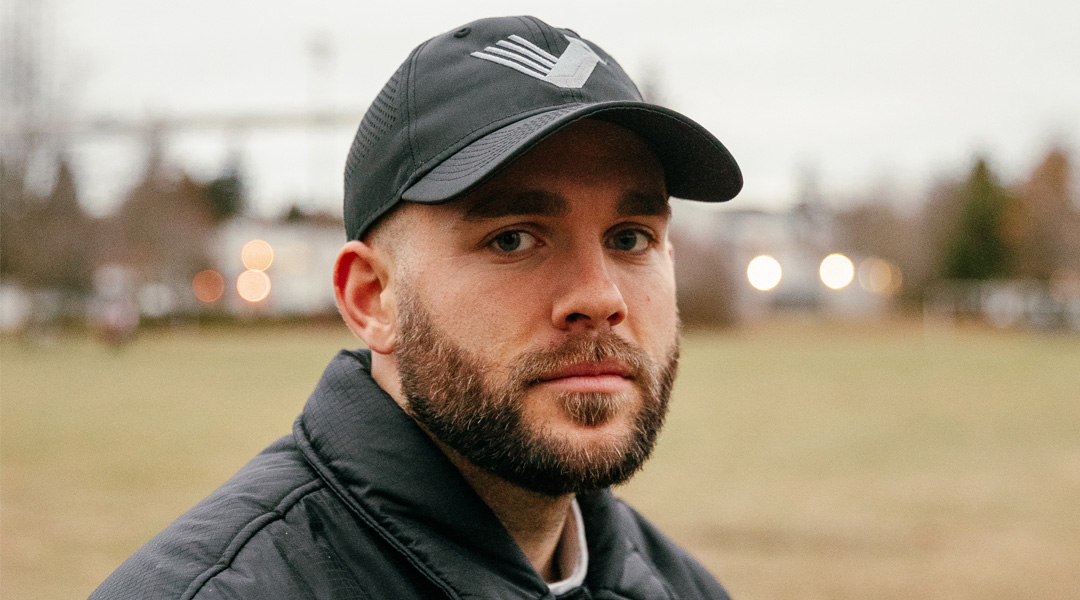 Vancouver FC may be the newest Canadian Premier League club on the block, but its roots with its inaugural signing Callum Irving run deep.

The 29-year-old Vancouver native was announced as the team’s first-ever signing this morning, confirming his jump from neighbouring Isle-based side Pacific FC, where he had earned two golden glove nominations and one league title over the last three years.

His new boss at Vancouver FC, Afshin Ghotbi, has been hard at work assembling a team that he believes will challenge for the the league right from the get-go. While his scouting network runs vast on the global scale, the foundation he’s building upon is right at home on the mainland.

Speaking with media after the announcement, Ghotbi revealed that there were many qualities both on and off the pitch that made Callum a perfect fit for Vancouver FC, where he’s certain the 29-year-old will don the captain’s armband.

“Callum doesn’t lead just by being ‘rah rah rah’,” says Ghotbi. “He leads by showing confidence, giving confidence to the players in front of him, and bringing calmness which is very important for a goalkeeper. I love his leadership, because it’s leadership that I think has depth.”

“I’ll always going to be grateful for this moments,” reflects Irving. “The relationship that I made there, those are probably the things I miss the most and made it hardest to make a decision to leave,” he says, stating that Pacific will always hold a special place in his heart.

While he’s made a lot of memories on the Isle, the call home to the mainland was strong – and it had to be to pry him away.

“Vancouver’s a special place for me. I grew up playing in Marpole for the Marpole Soccer Club at Oak Park. I’ve played all throughout the lower mainland,” he says, later adding that the fact that it’s at home and close to family was key, and that it connects him with a community he’s deeply passionate about growing.

“I think having a team in the lower mainland, in Vancouver, is so important for the development of the local players as well as soccer across Canada,” adds Irving. “There’s a ton of talent throughout the lower mainland, and those kids are looking for an opportunity at the next level. They want to see someone from their hometown, potentially, doing what they want to do.”

“I think it’s hugely important that the CPL is in all the markets that it can possibly be in, and Vancouver is one of the biggest markets in the entire country.”

Afshin says that his confidence in the club’s first-ever signing goes far beyond the contributions he makes on the pitch,where he believes he can even press for a national team spot. Ghotbi says that he and the 29-year-old had a quick chemistry when conversations about his acquisition first began.

“When I spoke with them, I think there was a connection and heart-to-heart, and he understood what we were trying to achieve and I’m sure he’s going to make our team better, and I’m also certain I’m going to make him a better goalkeeper. So it’s going to be a great collaboration between our club and Callum.”

Ghotbi says he’s interested in findings winners and players who make the collective better. It’s one thing to be a good player, he says, but what great players do is they make others around them better.

“Afshin has a very high standard,” adds VFC CEO Rob Friend. “So building that model the players that can come in and get the results now, but also the Canadian players that are that are going to grow that are potentially future national team players. That’s the kind of club we want to we want to grow and we want to develop.”

As a flagship signing for a club that intends to march into 2023 and challenge for the title immediately, Callum closed his conference by saying that the opportunity to represent Vancouver means everything to him.

“I didn’t think I would get this opportunity in my career,” he admits, “To be there on day one, trying to collaborate with the people, the fans, the soccer leaders in the community in Vancouver, and trying to build a club that services everyone, that takes the community’s thoughts to heart and tries to be the best club it can be for the people of the region.”

The newly-minted club is preparing to embark on a journey with it’s community, with season tickets that will start as low as $100. With plenty of sporting and entertainment competition on the mainland, the club hopes that low barrier to entry will help create roots in the community.

“We want to perform on the field and be successful on the field. That should be the aim of every football club. But I think with Vancouver FC, and me being from the area, there’s so much more to it than just success on the field. It’s about making real connections with the people in the stands, the people in the community, and trying to serve that community as best possible with the resources that we have as a football club. So I think from day one, we have a chance to really listen to the people around us and do our best to fit right into the community and help soccer grow.”