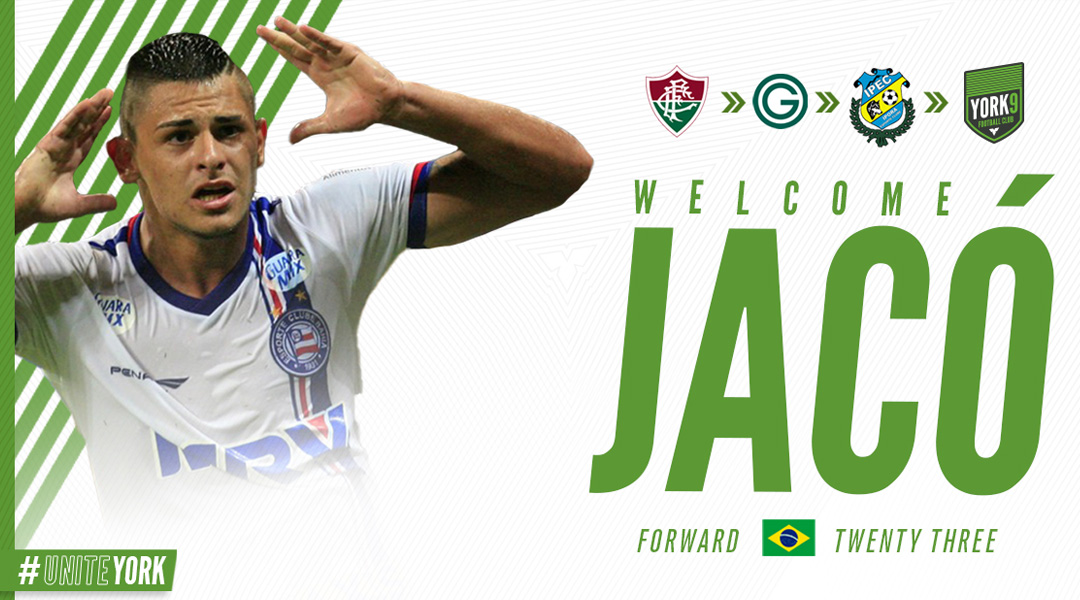 The Nine Stripes have dipped further into the international market with the signing of Brazilian striker Jaco, who will arrive on a multi-year deal pending approval of his work permit and international transfer certificate.

The 24-year-old Brazilian will compete for a starting spot against fellow international signings Adrian Ugarriza and Nicholas Hamilton, along with his countryman Gabriel Vasconcelos, who also plays as a winger.

All of them have big shoes to fill in replacing outbound striker Rodrigo Gattas, who signed with Azerbaijani side Gabala FK in February.


Born in Rio de Janeiro, the six-foot tall centre-forward has plied his trade for several Brazilian sides after beginning his youth career with Serie A side Bahia, for whom he made seven appearances for back in 2015, when the side was in the second division. Currently with Ipora, he’s made seven appearances in the Campeonato Goiano Second Division this year.

In all, that’s a lot of turnover, so it’ll be interesting to see if the former Bahia youth product can establish himself within Canada’s professional league.

Interested fans can take a look at his highlight video below:

Here’s what York9 FC sports consultant Angus McNab had to say about the club’s latest acquisition:

Jaco is a player who we believe will have a big impact and establish himself as a fan favourite. He’s been involved at major clubs in Brazil and logged playing time in both Serie A and B. We are working through the process of getting his work permit sorted so he will join up with us after a few more games in Brazil. He’s playing well with Ipora right now and we’re looking forward to welcoming him to the club in time for the start of the season next month.

York9 FC has already confirmed that the club has one more international signing to make, with sources indicating that the Argentinean player will be a midfield signing. The club is also expected to sign a domestic right-back depth signing, too, with club gaffer Jim Brennan stating that the competition for sports will bring out the best in his team.

Jaco becomes the club’s 20th rostered player for the 2020 CPL season. The club is currently en route to Florida for a multi-week preseason camp which is slated to include a few friendly matches, one of which will reportedly be against Orlando City B.