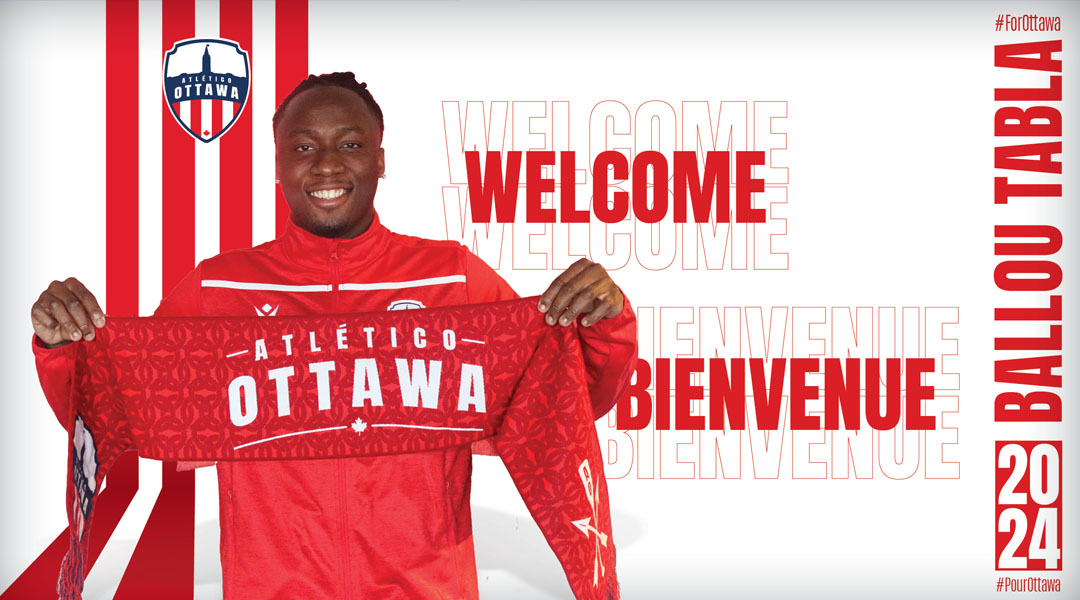 Atletico Ottawa has yet another link to La Liga – though this time it comes through former Barcelona prospect Ballou Tabla.

The capital city club has made its capture of the Canadian international official just one day the move was teased by Oliver Platt, with Atletico Ottawa now confirming that the 22-year-old has arrived to TD Place on a three-year contract.

Tabla had been available as a free agent after his option was declined by CF Montreal at tail end of last year, with Atletico Ottawa taking a big chance on a fast-footed, young winger who has spent time with both the Barcelona B and CF Montreal.

It wasn’t long ago that Ballou Tabla was viewed as a player with similar potential to Alphonso Davies, especially when his transfer to Barcelona went through in 2018. The club signed him on a three-year deal with a €25 million buyout clause, though he ultimately never got to make his senior team debut.

After undergoing thirty league appearances at the reserve level and loans to Albacete Balompie and CF Montreal, the winger returned to his former MLS side on a permanent transfer two seasons ago.

“The last few years have been tough for me, I had to fight through injuries what seemed every six months or so,” says Tabla. “I feel good now, I’m healthy, and I’m happy to be in Ottawa.”

He’s certainly a talent who looks like a coup at the CPL level: last season saw him make a splash by sinking two against Halifax in a cup tie to rescue the side from an early cup defeat last season, for instance.

Atletico Ottawa CEO Fernando Lopez has now signed several players to multi-year contracts, though none will come with as much star power as Tabla.

“We are thrilled to welcome Ballou to our club,” said Fernando, “we saw that he loves to get on the ball, attack the opposition and create opportunities. We expect him to be one of the most dangerous attackers in the league and cannot wait to see him – and our club – succeed!”

Ballou describes himself as a player who likes to dribble and create one-on-one situations. He also likes to set up his teammates, which bodes well for another double-digit season from Malcolm Shaw.

Ballou Tabla arrives as the club’s seventeenth signing for the 2022 CPL season. The Ottawa-based club will begin its pre-season at the end of the month, around which time some additional loan signings are expected to arrive.

This won’t mark the first time that Atletico Ottawa took a chance on a winger with MLS experience in the need of fresh start: the side brought in Ryan Telfer last season – though his disciplinary issues and concerns about his commitment brought that spell to an end after one season.

The stakes with Ballou are higher: he’s here on a three-year deal, with a higher ceiling that is matches by a much higher expectation, too. Whether the youngster stays fit and lives up to his long-touted potential will remain to be seen.

This month has already seen capital city favourite Carl Haworth sign with the club, and it’s fair to say that the growing sense of optimism from fans is warranted: Ballou is a highlight signing, but the hefty roster rebuild clearly has a lot to like from all across the pitch, too.

Tabla has signed a three-year deal with Atletico Ottawa. The financial details of this contract were not disclosed.