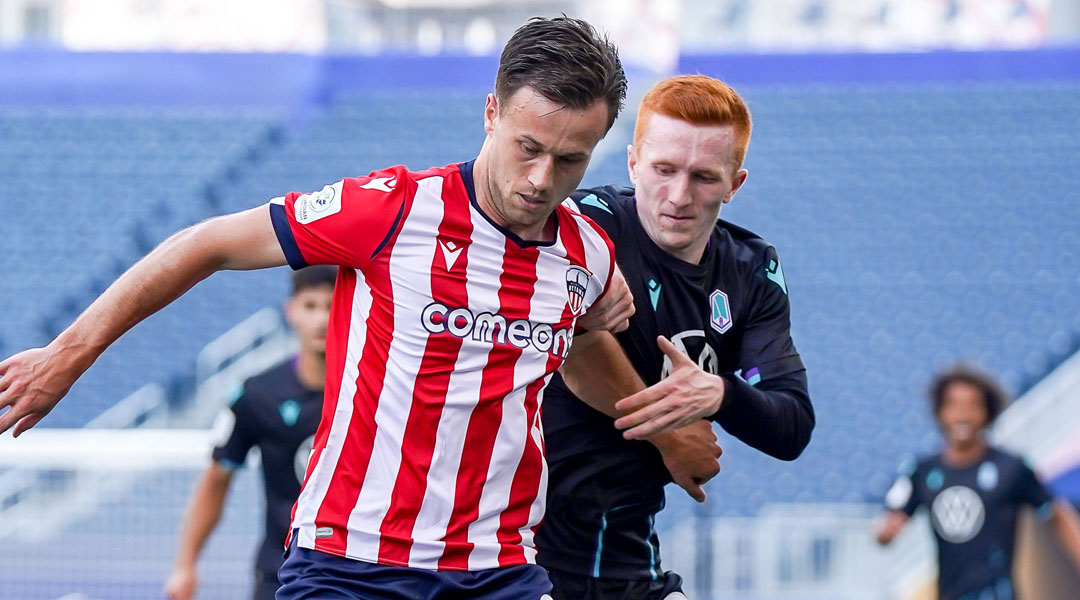 The second-ever matchup between Atletico Ottawa and Pacific FC saw the expansion side sustain a lot of pressure from Pacific FC, ultimately falling victim to a moment of magic from Marco Bustos.

While still without Ryan Telfer, Atletico Ottawa found itself bolstered by the return of Spanish midfielder Viti Martinez, who had missed the last two games after picking up a knock against FC Edmonton. Meanwhile, the Tridents fielded several changes from their last match to keep legs fresh.

A slow start in the first half eventually saw momentum tilt Pacific’s way, with the west coast side doing well to advance the ball through both flanks highlighted by Bustos making an individual run which nearly saw the club’s star man get through a multitude of defenders in the box.

Atletico Ottawa saw its opportunities more limited during that time, with only Viti Martinez and Malcolm Shaw registering any shots in the opening forty-five.

The Tridents started the second half strong, with substitute striker Alejandro Diaz rising above Milovan Kapor to meet a cross from Jordan Haynes, though it went right into the waiting mitts of Dylon Powley.

A smart combination play between Bustos and Chung also saw the latter fire in a tidy low ball into the middle of the box, with Matteo Polisi getting on to the end of it but firing high.

The pressure finally gave way in the 63rd minute, with Bustos dancing around a few defenders before slotting a ball in to Josh Heard via a silky nutmeg. The Pacific left winger then finished the opportunity to complete his second goal of the campaign:

The rest of the match saw Atletico Ottawa struggle to create in the final third, with the expansion side finishing with just one shot on target through seven attempts – though the final effort from former Pacific midfielder Zach Verhoven wasn’t far off.

Atletico Ottawa has now lost three on the bounce, and will face a tough test against Cavalry FC on Sunday. Pacific FC will have a shorter time between matches, with the west coast side set to play against York United on Saturday.