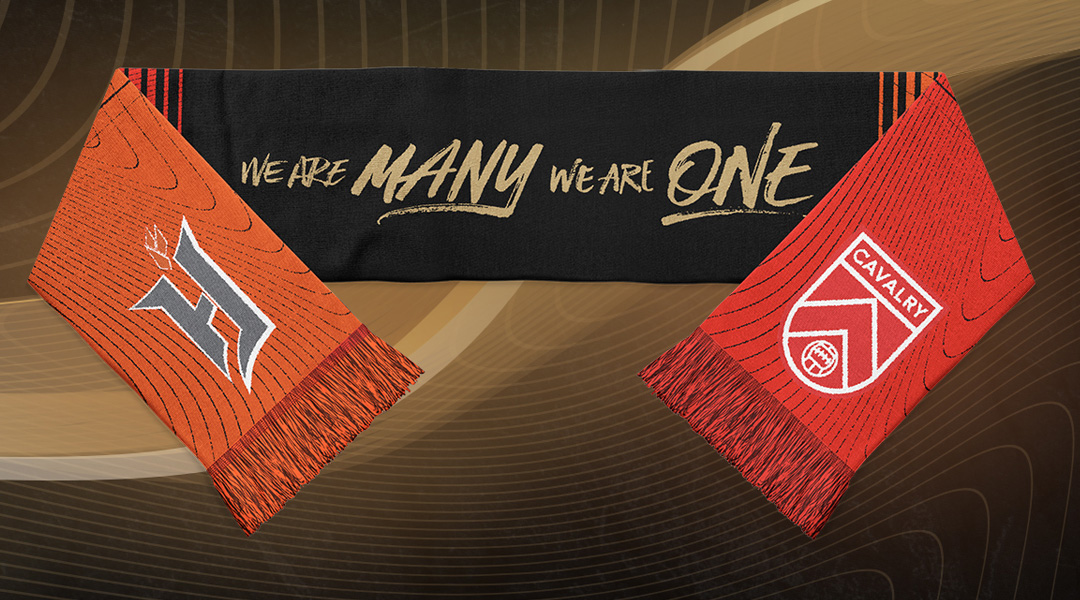 The Canadian Premier League is now accepting pre-orders for a commemorative scarf for the inaugural CPL Finals due to take place this October 26 and November 2 between Cavalry FC and Forge FC.

The double-sided scarf features the red of Cavary FC and the orange of Forge FC separated by a black section which says ‘Finals 2019’ on one side and the league’s ‘We Are Many, We Are One’ mantra on the other. The league had previously revealed black-and-gold as the colour theme for the first-ever Finals matchup.


The commemorative scarves will run fans $34.99 before shipping fees. Those who place an order prior to October 20 will see their scarves shipped out between the 21st and the 23rd, which should see them arrive in time for the first leg. The CPL ran a similar campaign for its Canada Day shirts, while also offering fans a commemorative keepsake with a stylish Canadian Premier League Official Coin.

Fans of either finalist that are looking for a single-team scarf also have team-specific options, as both Forge FC and Cavalry FC have produced their own Finals scarves that don’t feature their opponent. However, the Cavalry FC Finals scarf has yet to appear on the club’s online shop.


Cavalry FC secured its spot in the two-legged finals by winning the ten-game spring season. The eighteen-game fall season will either go to Cavalry FC or Forge FC, but even if Cavalry beats out Forge for that, it will still face the Hamilton-based club in the finals since it would then have the most cumulative points next to Cavalry itself.

The two sides have held fairly even contests between them and still have to play eachother once more in the regular season ahead of the finals. Each game has proven to be a fiery affair, and it has us convinced that Cavalry and Forge have the league’s best naturally-developed rivalry, hands down.

Fans who’d like to take a look at the double-sided CPL 2019 Finals scarf can see it on the official store here.