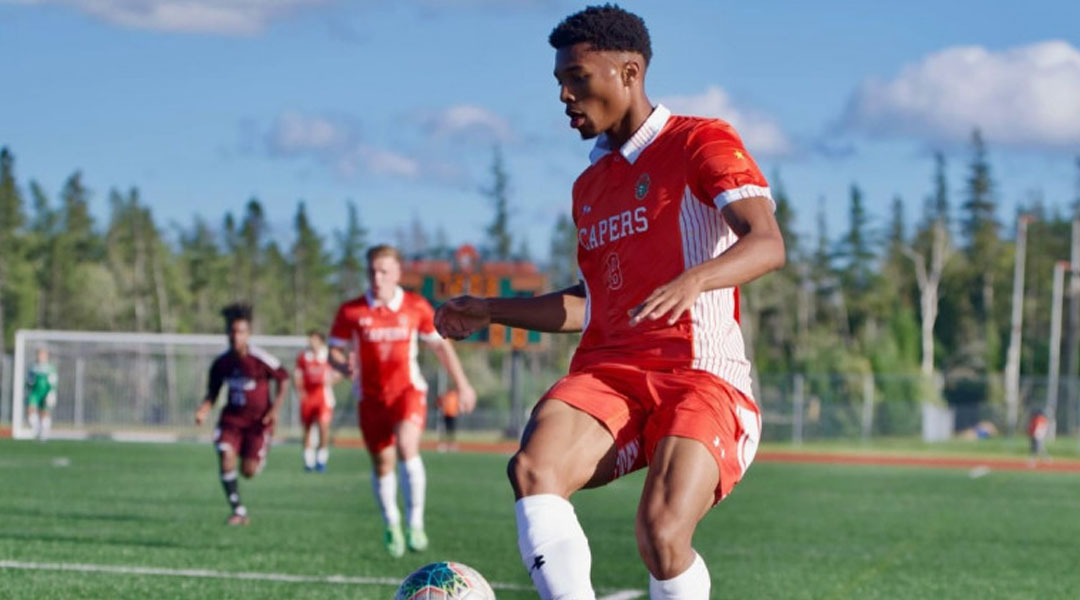 Canadian Premier League side FC Edmonton has signed first round CPL-U SPORTS Draft pick Kairo Coore to a contract ahead of the 2022 CPL season.

The 20-year-old forward was selected in by Eddies head coach Alan Koch as the club’s first choice (second overall) in the 2022 CPL-U SPORTS Draft, with many having correctly predicted that Coore would be the first attacker to get selected.

“We are incredibly excited to welcome Kairo to our club,” said Eddies head coach Alan Koch. “We have enjoyed working with him so far and look forward to seeing how he performs once the season starts.”

Coore was an absolute phenom with Cape Breton University in 2021, contributing an astounding 15 goals and one assist in 12 matches out east. His head-turning U SPORTS campaign was highlighted by a four goal match against Acadia University.

The Whitby-born attacker was described by Capers coach Deano Morley as a hungry talent who can score goals with both feet, with early expectations indicating that Coore has everything it takes to step up to the professional level this season.

The 20-year-old had also played two seasons with the NCAA’s Saginaw Valley State, where he contributed nine goals and five assists in nineteen games before enrolling at Cape Breton University.

At the time of the draft, Koch indicates that the forward could be deployed anywhere along the front line, suggesting an element of versatility to his game that will be crucial as the Eddies look to take their first steps without clutch striker Easton Ongaro – or essentially the entirety of its previous roster.

Having finished its trial period last week, the CPL side is expected to name several other roster additions in the coming weeks. For now, Coore joins an attacking line that includes Tobias Warschewski, Julian Ulbricht, Masta Kacher, and Mamadi Camera.

With Alan Koch stating that the majority of the club’s roster will arrive through loan talent as the club seeks out a new owner, it’ll be interesting to see how the club performs in an against-the-odds fourth season. Coore has certainly signed with the underdogs, though doing so greatly increases his chance for game time at the pro level.

“He is a strong and athletic young player with mass upside,” concludes Koch, “we will push him to be successful in his first foray in the professional game.”

Kairo Coore has signed a U SPORTS deal with FC Edmonton. The club is set for a number of preseason matches against local opposition before beginning kicking off the season at home against Valour on April 10.