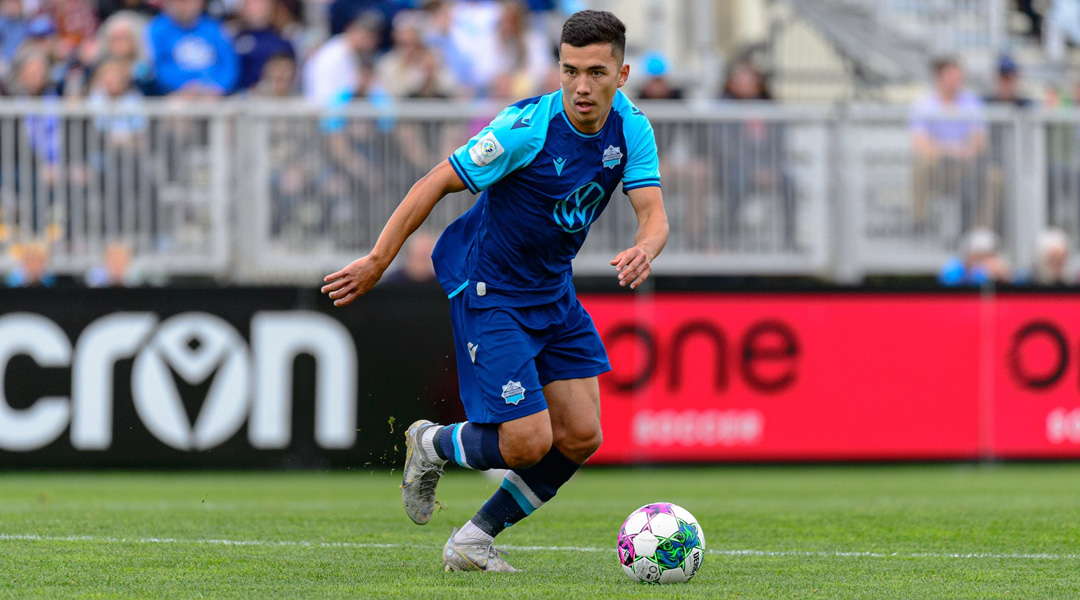 Pierre Lamothe is moving from coast-to-coast.

The former Halifax Wanderers midfielder has signed with coastal rivals Pacific FC, where his attacking mentality will blend in well with the likes of Easton Ongaro, Josh Heard, and Djenairo Daniels.

“Pierre is a player in this league with real ability,” said PFC head coach James Merriman. “He is known for his good engine, technical quality on the ball and vision and control in tight areas. He shows up in critical areas with a weighted pass and can also finish. Pierre has a quiet confidence and drive to push for more as a player.”

The 25-year-old jumped up to the professional level with Halifax two years ago, contributing three goals and make 48 appearances for the Nova Scotian side across all competitions. He went out of contract this fall, announcing his departure from Halifax two days ahead of today’s signing.

“I decided to join Pacific FC because it allows me to come into a team where I’ll be able to showcase my qualities as a player and add my touch to a team already full of talent and potential,” said Lamothe of the move. “I’m at a point in my career where I want to win, so joining a team like Pacific that has developed a winning culture over the past years feels like the best decision to reach my goals as a footballer.”

Lamothe proved to be a good passer during his time with the Wanderers, looking sharp on the ball even if if he didn’t roam forward as often as many thought the attack-minded midfielder might be able to while out east.

His move westwards comes at a time when it’s unclear if key Pacific attacking midfielder Manny Aparicio will be remaining on the isle.

Lamothe’s career began through the CF Montreal Academy, which helped spring-board him to their now-defunct USL affiliate FC Montreal following a trial in France with the FC Lorient reserve team. An RSEQ all-star with the Carabins in both 2018 and 2019, he also proved a standout player in the PLSQ prior to taking his first professional steps.

His move to Pacific sees him reunited with Thomas Meilleur-Giguere, whom he trained with back in Montreal. He becomes the second brand new addition for the Tridents after the sizable figure of Easton Ongaro.

“Lamothe will be an important player in our team, and we very much look forward to working with him at Pacific,” added Merriman.

Pacific FC only disclosed that Lamothe had signed for 2023. It is unclear if there are any club optinos on top of this.