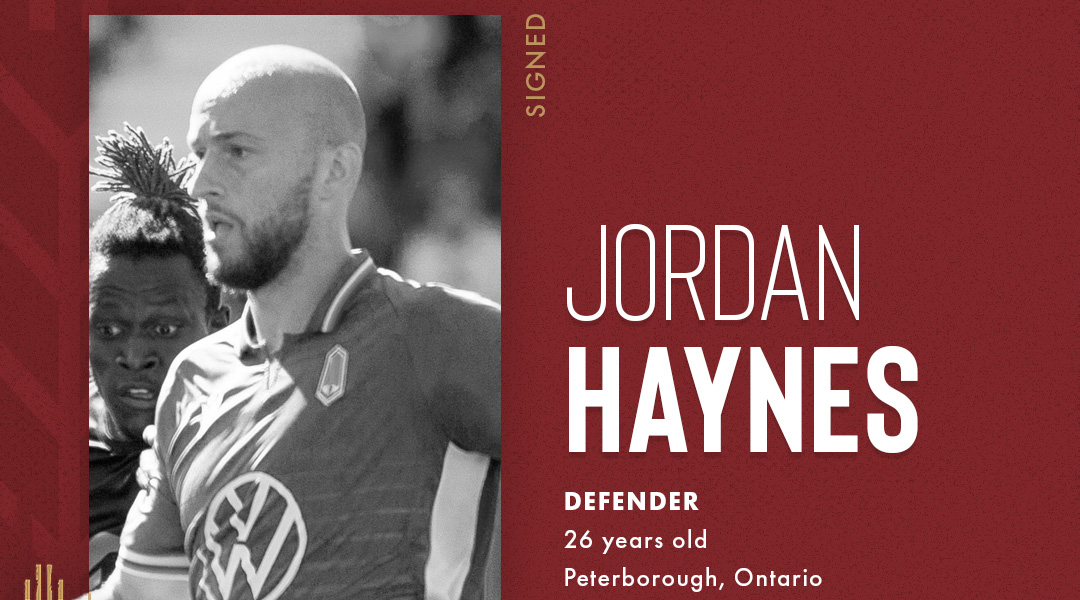 The 26-year-old had spent the last three seasons with Pacific FC, where he accumulated 52 appearances and was part of the title-winning squad in 2021.

The announcement comes just over a month after Pacific had confirmed that the Peterborough-born defender wouldn’t be staying put on the Isle, with Haynes having made 15 appearances in his option year under James Merrirman.

“Jordan is a great character who adds a lot of quality to our squad,” stated Valour FC head coach Phillip Dos Santos. “He’s a player who has won in this league and has a lot of experience, which is exactly what we were looking for.”

Now set for his fourth straight season at the professional level, the Peterborough native’s fight not only to establish himself at this level – but take a championship from it, too – is one that came through years of perseverance on his part.

Haynes had developed through the TFC Academy and Whitecaps Academy programs before turning professional with the Whitecaps FC 2, but found himself becoming a journeyman athlete with stints at OK City Energy U-23, Vaughan Azzurri, Calgary Foothills, and TSS FC Rovers preceding his professional return through the Canadian Premier League.

“It was important to get a good league guy, someone who had experience in the league that was a natural left-footed left back,” added Dos Santos. “He’s a player that has won in this league, that understands this league and can make an easy adaptation. I really think you need players that have won. It’s so important. It could be a win in the CPL, but also players who have won in other parts of the world. You need that.”

Making the move easier was a pre-existing tie to Winnipeg through Jordan’s fiancee, who’s family is from the city.

Valour’s new left-back has also appeared in twelve matches for Canada at the youth level, collecting a bronze medal at the 2013 Concacaf U-17 Championship.

He becomes the first brand new Valour signing of the 2023 Canadian Premier League season, with the club having announced nine returnees, while Brett Levis and Moses Dyer have moved on.

Valour FC did not disclose the length or financial details regarding his contract.