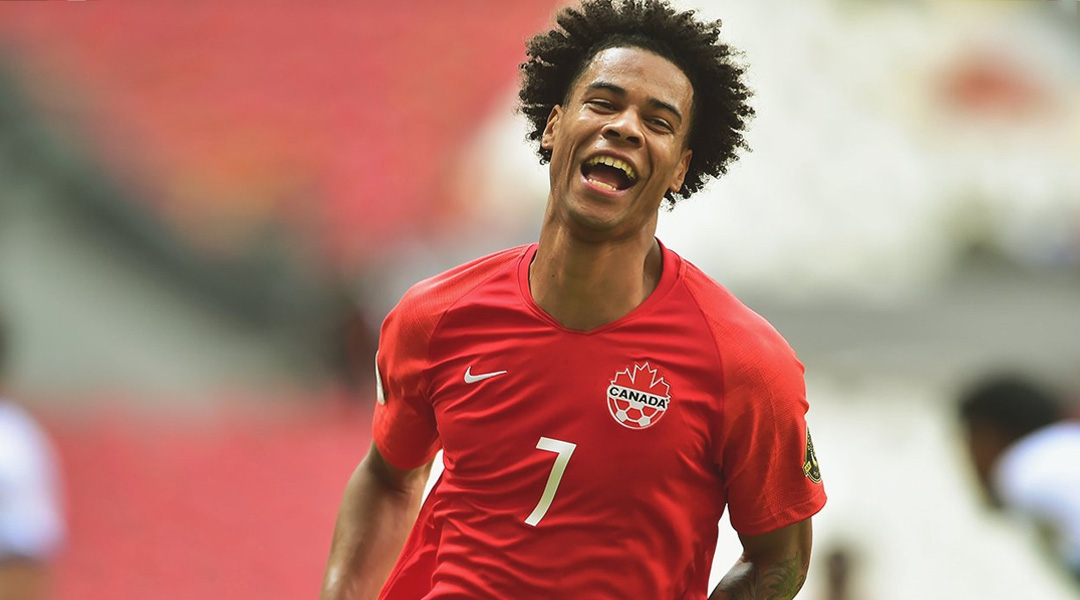 After a long time without playing competitive national team football, the Canada U-23 squad opened its Olympic Qualifying tournament in fine form with a 2-0 win over El Salvador in Estadio Jalisco.

The first yellow card of the affair would go to CF Montreal’s Ballou Tabla, who received a caution for a late challenge on El Salvador’s Ezequiel Rivas in the fifth minute. The opening minutes broke out intermittently with moments of high-pace action, with Marvin Marquez nearly collecting a yellow moments after Tabla did for a late challenge on Aidan Daniels.

Godinho won the first corner of the match in the fifteenth minute, with the resulting set piece being knocked down and out of danger by La Seleccion goalkeeper Mario Gonzalez.

Moments later, Canada struck first blood in the seventeenth minute via in-form New England forward Tajon Buchanan, who delivered a left-footed strike beyond Gonzalez after escaping Menjivar’s marking in the left of the box before finding space between Gonzalez’s legs.

Les Rouges got another set piece opportunity in the 22nd minute, with a freekick looping into the box and finding the feet of Derek Cornelius. He cleverly played it back for Buchanan, who fired an absolute rocket with his right-foot into the back right corner of the net to double Canada’s lead.

El Salvador fought back hard after going two goals down, prodding at the Canadian back line and forcing James Pantemis to punch away the ball on two different occasions over the next few minutes.

El Salvador’s pressure nearly paid off when Aidan Daniels lost possession under pressure, allowing Joshua Perez to encroach upon Pantemis and fire off a low ball that the CF Montreal shotstopper did well to save.

Daniels nearly found himself on the scoresheet moments later, firing a right-footed shot inside the box that took a deflection and clanged off the post and, unfortunately, out of play.

It wasn’t all one-sided action, with Pantemis finding himself called into action yet again moments later, diving high and to the left to keep El Salvador from clawing a goal back just two minutes later.

A foul from Cornelius in the 40th minute saw El Salvador awarded a freekick just outside the box, but a few minutes of build-up suspense saw Enrico Duenas sky the opportunity.

In a moment of deja vu, Cornelius was called for another foul outside of the box in a similar position just before the half-time whistle, with the defender collecting a yellow card this time around for coming in late on Duenas. The resulting strike from Perez went wide, flying just left of the post to allow Canada to finish the first half with a 2-0 lead.

The second half saw Canada bring on Cavalry FC’s David Norman Jr. to replace Callum Montgomery, with Les Rouges applying pressure right out of the gate with Charles-Andreas Brym tearing forward but ultimately seeing his shot blocked some thirty seconds into the half.

El Salvador’s Romulo Villalobos received a yellow card moments later for committing a tactical foul on Brym during the build-up of a Canadian counter-attack.

Buchanan then found space on the left and fired in a low cross to Tabla, who fired a shot right at Gonzalez from close range. The ball rebounded quickly back to the winger, who couldn’t react in time and hit the ball out of touch.

The match would see a fourth yellow card – and El Salvador’s second – after goalkeeper Mario Gonzalez came out and ran into Brym after Buchanan had committed a high-boot foul on another player. Right after that, Vancouver Whitecaps duo Ryan Raposo and Theo Bair came on for Canada to replace Aidan Daniels and Ballou Tabla respectively.

El Salvador tried a few long range efforts after having struggled to create good opportunities inside the box, with most of those shots from outside of the box going well wide.

Sporting CP U-23 product Lucas Dias earned his debut in the 70th minute, with the 18-year-old coming on for Michael Baldisimo to collect his first taste of national team minutes. At one point, Dias was a member of the Portugal U-16 squad, but the Ontario-born attacking midfielder now appears set in Canada’s own national team plans.

Canada saw itself win three consecutive corners as the game approached its final fifteen minutes, with El Salvador preventing the young Canadian squad from scoring a third. The Canadians asserted more control of the match late in the game, getting into decent shooting positions inside of the El Salvador box.

Ten minutes from time saw Canada collects its third yellow card, with Dias stepping on the boot of Kevin and receiving a caution just minutes into his debut. Shortly after that, a fast counter through the feet of Buchanan saw El Salvador’s Ronald Rodriguez bring him down and collect a yellow in the 83rd, with tempers flaring up between the teams afterwards.

The pause in play saw another Cavalry FC athlete – Mohamed Farsi – make his international debut as he replaced Brym during the buildup to the freekick.

El Salvador would see out the second half without conceding any more goals, with Canada finishing its Olympic Qualifying tournament opener with what turned out to be a fairly comfortable 2-0 win over El Salvador.

The team will now face Haiti on March 22 and Honduras on March 25. Should the squad finish in the top two, they will advance to the semi-final stage on March 28, where the two semi-finalist winners will qualifying for the Tokyo Olympics this summer.

The senior national team will also be kicking off its World Cup Qualifiers against Bermuda on March 25.