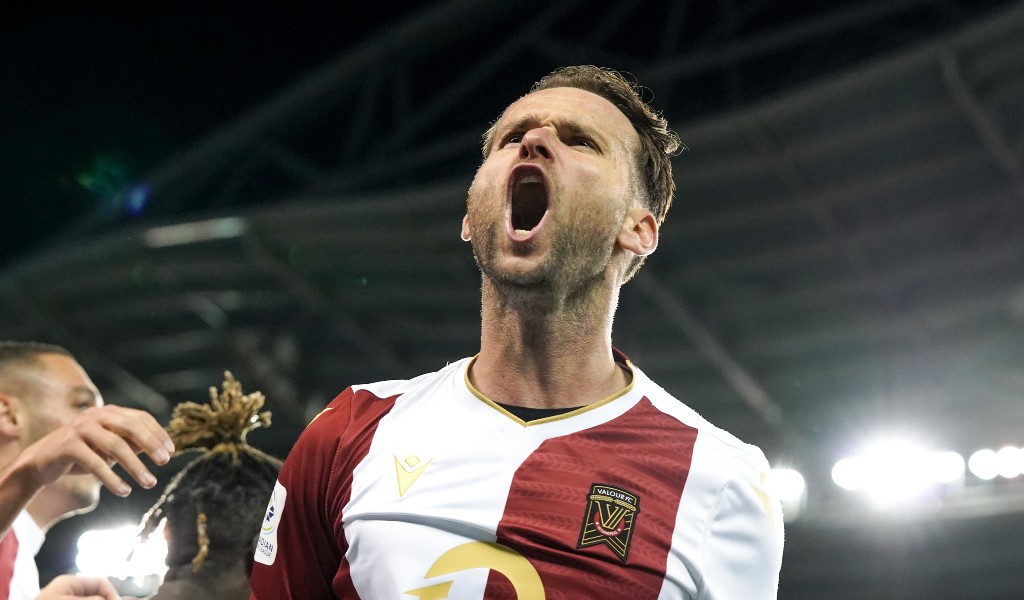 Valour FC has announced that defender Stefan Cebara will be back to IG Field for a third season come 2022.

The 30-year-old defender had first arrived ahead of The Island Games after most recently playing in Serbia, appearing in all seven matches for Valour that year. The 2021 CPL season saw him make 26 appearances, contributing one goal and two assists.

He becomes the second defender retained by Valour head coach Phillip Dos Santos, who took over from Rob Gale in late September.

Retaining Stefan adds stability to our backline. He’s athletic, capable of defending space in behind, and has the ability to help the team in the first phase of buildup. We feel he’ll continue to grow coming into a familiar system and will help the team be more consistent going forward.

“I’m a big believer that the best teams in the world, you don’t see much movement,” he adds, “you see stability.”

Cebara has split his time between right-back and centre-back duties in Winnipeg, but looks to be set for a firm centre-back role in his third campaign. “I want to be the best centre-back in the league,” came the bold statement.

Cebara states that the Winnipeg-based side is moving in the right direction, and he wants to grow with the side and bring a championship to Winnipeg. It certainly looked possible during their table-topping form in this year’s bubble, though the side slipped out of the position before nearly clawing its way back.

Andrew Jean-Baptiste says the duo compliment eachother well, with Cebara’s dribbling being better than a lot of athletes at the CPL level. Having donned the armband when asked, he’s also a leadership figure for the club.

He was also the minute leader for the side this season, completing 2,186 minutes of league action while also featuring in the club’s opening round win of the Canadian Championship.

Stefan Cabara’s one-year extension will see him remain at IG Field for the 2022 Canadian Premier League season in full. The financial terms of the deal were not disclosed by Valour FC.