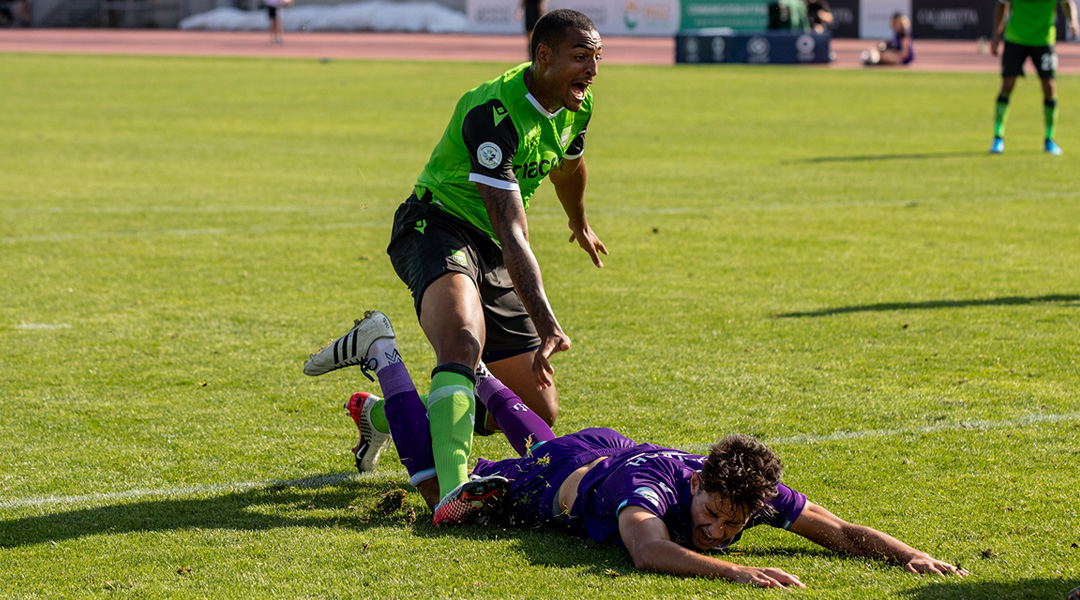 The 27-year-old striker arrives to the Swedish top flight after scoring an astounding 25 goals in 27 appearances in the country’s third tier, where his prolific form evidently turned heads overseas.

Simon had re-signed with York9 FC for the 2020 Canadian Premier League season, but agreed to mutually terminate his contract this February as the club moved to secure striking talent elsewhere.

He then returned to Assyriska IK in the Swedish third tier, where the six-foot-four striker proved to be an absolute terror for defenses in the Division 1 Sodra.

Adjei was York9 FC’s first-ever international signing when he first arrived from Assyriska IK in December 2018. He was a talent well-known to Nine Stripes gaffer Jim Brennan, with Adjei having spent two years with League1 Ontario side Aurora FC where he maintained a one goal per game average after 19 appearances.

Adjei’s form took time to build at the professional level with the Nine Stripes, with the physical striker eventually departing with eight goals after thirty appearances. At the end of the inaugural CPL campaign, Brennan had developed a pattern of using Adjei’s physical power to tire out defenders before bringing on all-time top Y9 goalscorer Rodrigo Gattas to close out games.

The side had also intended for Peruvian striker Adrian Ugarriza to be a successor to Adjei, but released the player following difficulties in his arrival due to the COVID-19 pandemic. At The Island Games, the club struggled to find goals from open play and ultimately bowed out of the tournament with a fifth place finish.

With the Nine Stripes undergoing an ever bigger rebuild than we saw after the inaugural season following this year’s bubble tournament, Club President Angus McNab will be hoping to find a forward who can bring in goals from open play. All the same, it’s good to see a former CPL talent impress overseas.