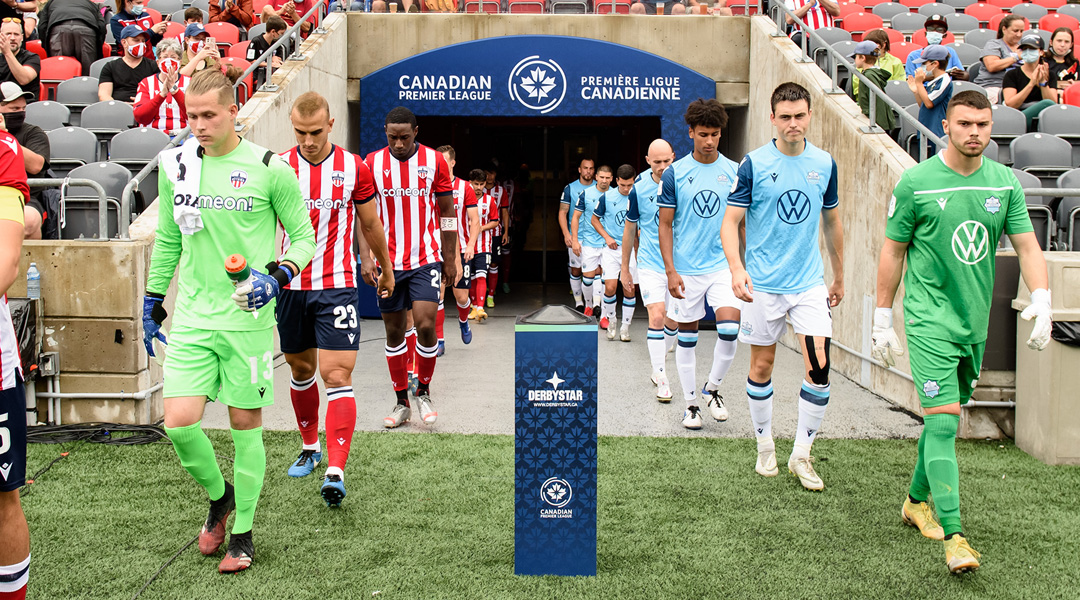 With the 2021 Canadian Premier League season now halfway complete, the league’s newest side finds itself in the midst of a tough campaign that has seen the side collect more red cards than wins, though signs of improvement have frequently teased the two-year team.

With Atletico Ottawa hoping to establish itself as a sporting force in its local market, the expansion side’s upcoming stretch of home games – and where it will finish in league standings this year – could have big ramifications for the franchise as a whole.

The club had faced a tough mentality test when it began its second year away from home, with some members stating that mental problems surfaced throughout the bubbled start to the season. While the arrival home has seen some shades of light, problematic patterns have followed the club, too.

Atletico Ottawa exited the bubble in last place after it had found itself without key attackers like Telfer and Soto for the majority of its time in Winnipeg, scoring 0.88 goals per game on average. This has increased to 1.3 outside of the bubble, suggesting improvements in the club’s offensive prowess.

In the six matches outside of the bubble, however, Atletico Ottawa has gleamed just five points from a potential eighteen, which was the second-worst performance by a CPL club over the last six games.

Still, Mista states that gradual improvements are being made by the squad, whom he says are showing a lot more character of late. It’s a process, and he urges supporters to trust in it.

My opinion about the first half of the season is positive. I mean, I want to win more games, of course. In general, the players perfectly understood our philosophy. Yes, we need to continue because we have fourteen more games, but in general I’m happy because my players continue to improve week-after-week.

It’s at other end of the pitch, however, that might provide more concern for Ottawa fans: the side has conceded 25 goals in 14 games, with the last of only two clean sheets coming on July 11. A league-outlying goal difference of -12 paints a picture.

With the team conceding about 1.7 goals per game on average, it is roughly on track with its defensive performances from last year’s Island Games which saw the side finish second-last above a winless FC Edmonton side after a short seven-match season.

Three defenders from that campaign have remained with the side, with Spanish full-back Miguel Acosta being added to replace Malyk Hamilton on the right, though he has been deployed on the left over Vashon Neufville.

With the Englishman sidelined, the club brought in former League1 Ontario defender Myles Cornwall over the weekend. He was the fourth injury-related replacement the club has signed this month.

With defender Brandon John suffering a season-ending injury while veteran Drew Beckie remains sidelined, the second half of the season looks to remain a tough defensive test for a squad still finding its legs.

The club has also picked up four red cards in just fourteen games, with McKendry, Martinez, Mista himself, and Ryan Telfer all receiving marching orders this season. The latter even flipped off the referee during his exit from the pitch yesterday, producing a scene that feels more Ted Lasso-esque than something that would unfold in a professional football match.

While the statistics brings question of discipline issues, in terms of yellow cards the club has actually picked up the third-least this season with thirty. It’s the propensity for reds that may cause some distress.

More worrisome is the fact that Atletico Ottawa has conceded eight penalties across the span of just fourteen games, two of which directly contributed to losses and two of which turned three points into one. If Atletico Ottawa had collected those eight points, it would be sitting alongside York United vying to break into a top four spot rather than languishing at the bottom.

For Mista, who himself was sent off earlier this year (though his suspension was delayed so he could be present for Atletico Ottawa’s homecoming), it’s a growing pain for the fledgling side that will, he hopes, result in more maturity down the line.

The reality is that the only way sometimes to learn is to suffer painful penalties or red cards, but we trust in the process. We know the process is not easy. We are different than other teams, because this is our first year in Canada and this is our first long season. We want to continue improving.

He was burned by a similar pattern in 2020, with Neufville being sent off in the club’s inaugural match. Mista had urged his side to remain disciplined, only to see defender Milovan Kapor pick up two yellows in the subsequent game.

It’s fair to say that the Spanish head coach wasn’t given an easy task with the expansion side: the club was announced in January 2020, with Mista helping build a squad that echoed the Atletico Madrid playing philosophy in just a number of months while he learned English through intensive language courses.

While the COVID-19 pandemic delayed the team’s first season, the pace of the first campaign’s roster build was always likely to lead into a significant restructuring the following year. In 2021, only eight players from the club’s inaugural roster remain with the club. While big rebuilds had helped the likes of Halifax and Valour in their successive seasons, the results aren’t coming for Atletico Ottawa just yet.

While the team did well to come back from being a goal and a man down against the Halifax Wanderers this weekend, the character comeback needs to segue into more consistent results if Atletico Ottawa wants to become a tour de force at the CPL level.

With the halfway point of the season now reached, the squad seems to be on the precipice of something bigger: it has some character moments, some optimistic-looking statistics, and a few ‘what-ifs’, though football is a results-based business. With Marc Dos Santos having history with the Ottawa sports scene, Mista will want to see a much stronger second half to the season to keep his link with the Atletico Madrid-owned club secure.

With the club crashing out of the Canadian Championship in the preliminary round, it’s now league results or bust. What happens next will reveal a lot about the club’s character and how much change may occur in the season to follow.