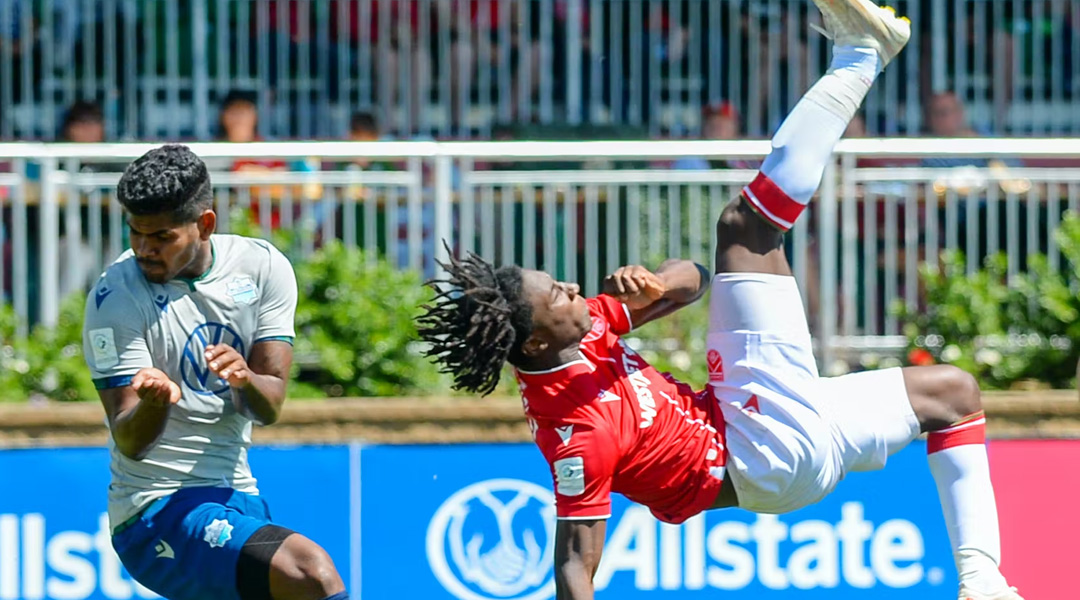 Canadian striker Aribim Pepple missed yesterday’s club match against Atletico Ottawa due to being ‘on tour’ on an overseas leave that was granted to him by the club.

The 19-year-old striker is a rumoured transfer target for both Luton Town and Forest Green Rovers. His likely move abroad comes in the midst of a fine run of record-breaking form, with Pepple having scored six goals in his last five games.

The Kettering-born youngster has ‘toured’ himself over in England before, having trialed with both Sheffield United and Leicester City back in 2021 before eventually landing with the Getafe U-19 squad in Spain, where he scored on his debut.

While Cavalry fans will certainly miss the young rising star should he depart, they won’t have long to wait until the club brings in some fresh talent: having just brought in Spanish full-back Roberto Alarcon, head coach Tommy Wheeldon Jr. has announced that the club will bring in another fresh face in the upcoming week, too.

“I’m still 19 so I’m still learning and growing so by no means do I know everything or is my mentality complete,” Pepple recently told Okotoks Today, “from when I was 16 to now there’s already been a difference so as long as I keep my head down and listen to my coaches, listen to my family and keep learning then it’s only going to go up from here.”

His Alberta-based side is currently on a ten-match unbeaten streak, resting top of the league table above Atletico Ottawa goal difference.

Should Pepple complete his transfer abroad – and his mid-season overseas ‘tour’ implies that this is in the final stages – he won’t be the only CPL athlete to lock in such a move this year. Cavalry had also sold Victor Loturi to Scottish Premiership side Ross County, with York United selling star left-back Diyaeddine Abzi to Ligue 2 side Pau FC.