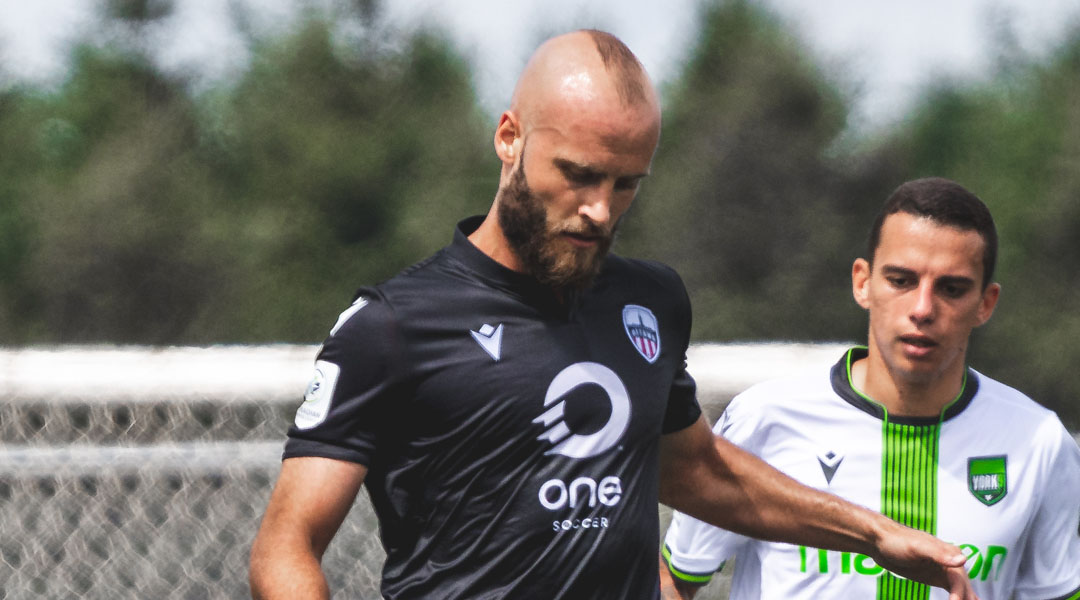 Canadian Premier League side Atletico Ottawa has secured its tenth signing of the upcoming year with the return of centre-back Milovan Kapor.

The 29-year-old defender proved to be a solid addition to the expansion side’s backline last year, leading the side in terms of clearances and blocks. He featured in all but one match for Atletico Ottawa, only missing the game against the Eddies through red card suspension.

In a very short period, he was able to overcome a difficult personal situation to join our team and become one of the silent captains of the locker room. I have plenty of confidence in him and I am sure with his commitment, maturity, and experience he will lead our team to great achievements.

The six-foot-one defender was first announced as a last-gasp signing for the side just days before The Island Games, with the well-traveled athlete earning his first domestic minutes after a career that has seen him play in the USA, Spain, Slovakia, Belarus, Israel, and Uzbekistan.

The club has emphasized the leadership qualities of both Kapor and returning midfielder Viti Martinez, though it remains to be seen if team captain Ben Fisk will be returning. It is expected that he will.

In an interview with Marty Thompson, the defender revealed that after the conclusion of The Island Games he faced quite a journey to re-unite with his wife in Slovakia just two days before the birth of his son, Leontije.

The side has also secured the return of Antoine Coupland, Ben McKendry, Malcom Shaw, and Viti Martinez, while Osah Bernardinho and Tevin Shaw have re-signed after the COVID-19 pandemic prevented them from arriving to Canada last year.

Atletico Ottawa did not disclose the financial terms of Kapor’s contract, which runs for the 2021 Canadian Premier League season. It is not known if the contract includes any options.