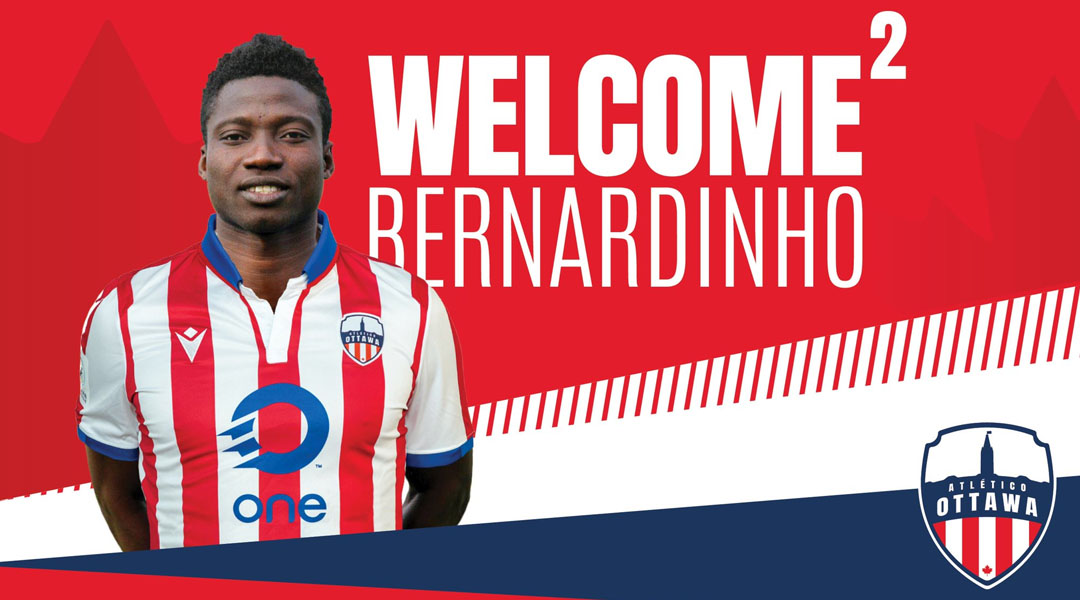 Much like Tuesday’s announcement in Tevin Shaw, Berndarinho was unable to enter Canada last year due to the COVID-19 pandemic, and missed out on The Island Games despite having first signed for the club in April 2020.

The 24-year-old is described by head coach Mista as being a left winger with a lot of pace and a strong technical side, with Atletico Ottawa CEO Fernando Lopez welcoming him to the club for a second time in today’s announcement:

We are looking forward to finally have Bernardinho able to join the club in 2021. It is unfortunate he was not able to travel and be part of our roster in 2020, but we look forward to count with his athletic abilities, vision and strong offensive game as part of our club.

Bernardinho developed through multiple youth academies in Ghana along with professional side Accra Great Olympics, before jumping over to the Belgian second division to sign with Westerlo in 2017. He made sixteen appearances for the club, scoring his first professional goal in a Belgian Cup match against Toekomst Menen.

He then found himself loaned out down to the third division with ASV Geel, where he contributed six goals across 29 appearances. He remained in that division with KSK Heist in 2019, scoring two goals in 14 league appearances before signing with Atletico Ottawa last year.

The contract status of team captain Ben Fisk remains undisclosed, though he is expected to return alongside on-loan midfielder Viti Martinez. The Island Games campaign saw Fisk deployed out left, where Bernardinho will be hoping to play this year.

The length and financial details of Bernardinho’s contract with Atletico Ottawa were not disclosed.