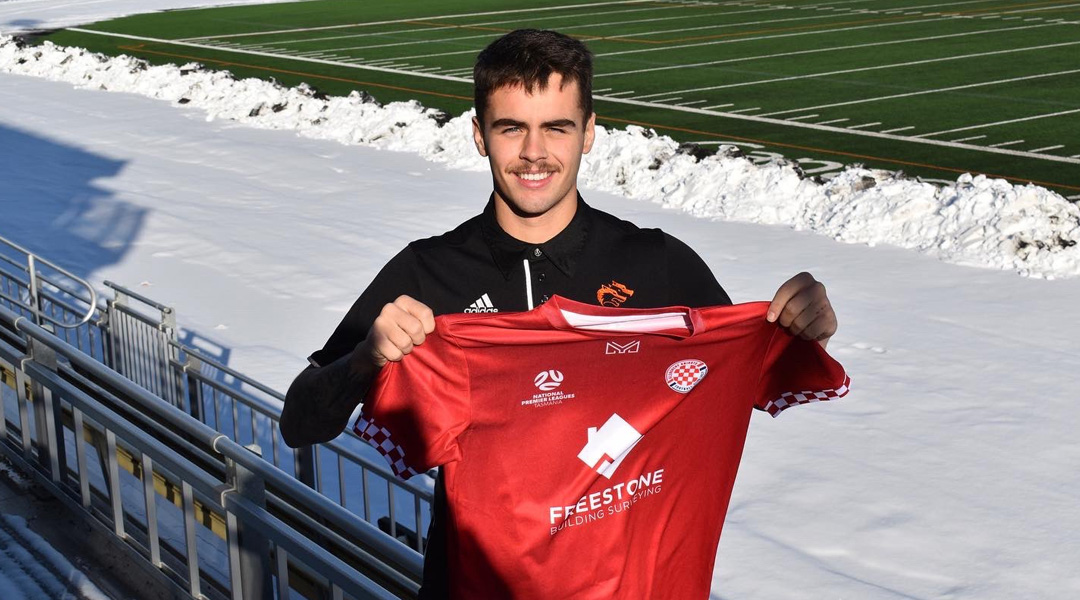 The last year was quite a big one for Rivers FC goalkeeper Jackson Gardner, who earned two team of the week nods in the inaugural League1 BC season before helping the TRU Wolfpack to a U SPORTS national title.

2023 is now off to an equally bright start for Gardner, who just announced that he’s signed with Australian second division side Glenorchy Knights.

“Looking forward to this new challenge and can’t wait to get to work,” posted Gardner online. “Thank you to everyone who’s supported me along the way.”

Gardner’s title-winning U SPORTS campaign saw him feature for every possible minute of their campaign, with the goalkeeper helping his team through three consecutive penalty shootouts at nationals while showing plenty of personality on the pitch:

No word on if he can match Giantsopoulos’ antics down under, though.

The Chilliwack native had been eligible for the CPL-U Sports draft, but ultimately went unselected. The last goalkeeper picked up in the draft before landing a CPL contract was Rayane Yesli.

Gardner’s teammate at both the Wolfpack and Rivers FC, Junior Agyekum, was the only Thompson Rivers University player to earn a selection in the draft.

With the young Canadian now set to test himself abroad, it’ll be interesting to see if he returns to Canadian shores with interest from professional clubs in the future. In any event, it’s a great step for Gardner following four strong seasons with the Wolfpack.

The Glenorchy Knights play in the NPL Tasmania, where they finished first in 2021 and fourth in 2022.